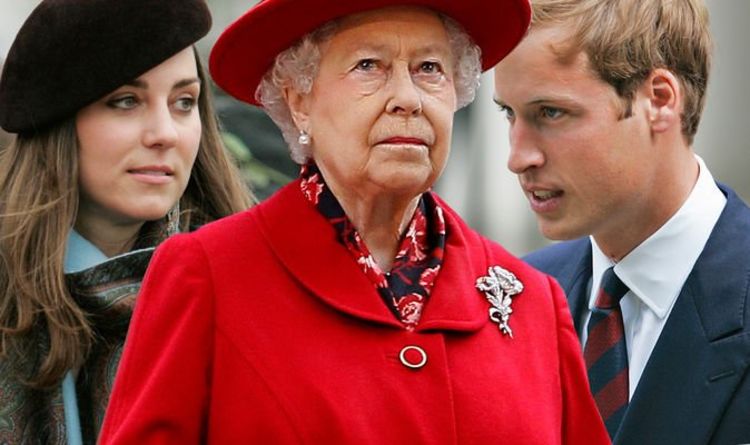 Prince William and Kate celebrated 10 years of marriage this year, marking an important milestone for the couple. The Cambridges’ lives have changed a lot since that day, having three children and becoming increasingly integral parts of the Royal Family. This has been seen this week as the Queen’s health remains a point of concern. She did not attend the traditional Sunday service at the All Saints Chapel, having also cancelled cancel a visit to Northern Ireland to celebrate the centenary of the nation.

A royal source told the Telegraph this week William and Kate are both keen to provide any support they can” to Her Majesty.

The Cambridges have a close bond with the Queen, as seen during their brief split in 2007.

Four years before they would marry, the couple broke up after, with William reportedly calling off the relationship during a phone call.

Royal expert and author Katie Nicholl said that the Christmas beforehand, William had become so anxious he confided in Prince Charles and the Queen.

She said: “William had been having second thoughts and sat down with his father and his grandmother to have a frank discussion about his future with Kate. Both advised him not to hurry into anything.”

Sources also said the Queen was “disappointed” by the break-up.

It is thought he got cold feet as speculation grew about an engagement, but both William and Kate have said the split in 2007 made them stronger.

In 2010, William and Kate discussed their brief split.

The Duke said: “Well I think to be honest, I wouldn’t believe everything you read in the paper but in that particular instance we did split up for a bit.

“But that was just, we were both very young, it was at university, we were sort of both finding ourselves as such and being different characters and stuff.

“It was very much trying to find our own way and we were growing up, and so it was just sort of a bit of space and a bit of things like that and it worked out for the better.”

Kate added: “And I think I at the time wasn’t very happy about it, but actually it made me a stronger person.

“We had a couple of discussions on this matter but, as I learnt growing up, you don’t mess with your grandmother.

“What she says goes!”

The Queen also urged William to sort out the guest list.

The dad-of-three admitted that the first draft included 777 names of people he didn’t know.

William added: “It was a bit daunting and it was like, that seems to be the guest list sorted – no room for friends or family.

“I wasn’t too happy about it so I rang [the Queen] for a bit of moral support and a bit of backup.

“She said, ‘don’t be so ridiculous, get rid of the list, and start from your friends’.”