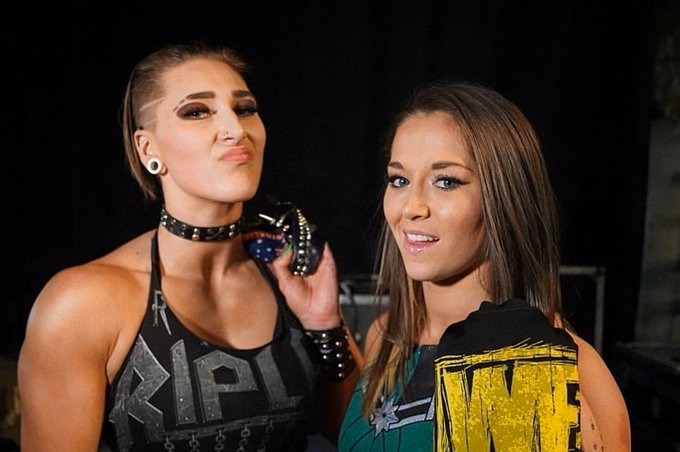 Rhea Ripley is still in her first year on the main roster, but her rise has been nothing short of mercurial.

The Aussie only turned 25 last month but has already won a world title at WrestleMania and even before debuting on RAW had defended her NXT Women’s title at the previous WrestleMania against Charlotte Flair.

Ripley has achieved a lot, but she told talkSPORT how she nearly didn’t achieve any of it.

The current Women’s tag team champion reacted to the release of Tegan Nox this week, tweeting: “FACT. There would be no Rhea Ripley if it wasn’t for @TeganNoxWWE_. She literally saved my job more than once. Thank you friend, go kill it!”

talkSPORT managed to speak to Ripley ahead of Survivor Series in New York and she explained exactly how Nox – now named Nixon Newell – saved her job not once, but twice.

“Tegan is someone I hold very, very dear to my heart,” Ripple explained. “I know that I might have been a bit harsh on social media after the whole injury in the Mae Young Classic, but that whole time that I was posting those, I really did feel very bad because she really did help me through a lot.

“Tegan, she doesn’t understand how much I appreciate her and what she’s done for me. But there was a time at the Performance Center where my name was on the list to get fired and I’d only been there for a year.

“I don’t know why my name was on the list, I guess people just didn’t like me at the time. It is what it is – I changed their mind! But I was on the chopping block and I had a PC live match in front of all our peers and it was against Tegan.

“One of the guys found out I was on that list and he told her – he didn’t tell me because he knew I’d freak out – but he told her and was like ‘look, you’ve got to make Rhea look good because this might be her last match here otherwise.’ And that’s exactly what she did,” Ripley said, beaming.

“Even though it was in front of our peers – and that’s the most terrifying time to have a match – she made me look like an absolute star. She took everything of mine and made me look so incredible that it got my name taken off that list. And that was just one of the times!

“But because that happened, I was forced to go into that match with Io [Shirai] and we pulled off such a fantastic match people had to book me. They knew that I was a rising star. So she not only helped me on purpose, but she helped me by accident as well.

“I love Tegan so much and I’m so upset that she’s not here with me and I wish that we finally got to have another match on TV because it never got to happen.

“I felt so bad. After it happened and she got her surgery – her second surgery because she’d already done her other knee – after she’d got the surgery I took my dog over to her house because I knew that she loved dogs and I just let her play with my pup. I’m sorry, pet my dog! [laughs].”

Ripley is part of the RAW Women’s Survivor Series team where they’ll face SmackDown’s Women in a traditional five-on-five elimination match at the Barclays Center.

Make sure you tune into Survivor Series live on BT Sport from 1am Sunday November 21 and WrestleMania 38 travel packages for April 2 & 3 at the AT&T Stadium in Dallas, Texas are on sale NOW