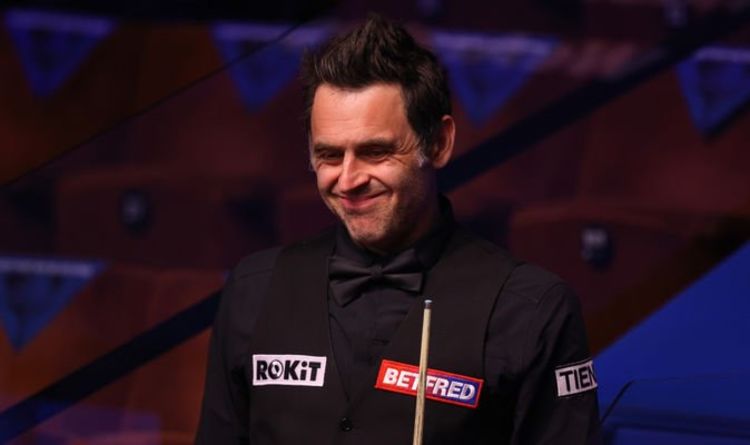 Ronnie O’Sullivan believes Britain will be left behind by China if there is not an increase in investment in grassroots snooker in the UK. The UK Championship was won by Chinese 24-year-old Zhao Xintong, while the defending Masters champion, Yan Bingtao, 21, also hails from China.

Sport England was branded ‘snobs’ by Shaun Murphy four years ago over the lack of funding it provides to snooker, especially relatively to other sports.

Not much has changed in the time since Murphy’s comment, and O’Sullivan fears China could pull away as a result.

O’Sullivan, 46, said: “I can’t think of a single player from the UK in that 18-24 age range with the talent of a Zhao Xintong or Yan Bingtao who has won big already.

“I will choose my words carefully on this one, but they have invested a lot in the grass roots in China, and that grass roots hasn’t been invested in over here.

“That is why you have so many good young Chinese players on tour, and from the publicly funded academies over there you have seen ones set up in the UK with the players they produced.

“And it’s not the just the two we are mainly talking about, Zhao and Yan. There are many, many more coming through and some teenagers already on tour.

“We don’t seem to care about investing in snooker for the young kids and it has lost its soul a bit. It is hard for kids to find anywhere to practice.

“The best practice facilities here are the academies the Chinese have set up themselves, like in Sheffield. So that’s why we don’t have good players in that age – failure to invest in the grass roots.

“Maybe it is just not a priority. If Sport England did fund it more it could make a difference but it looks like it’s just not an exciting enough sport for them.

“Given all that it almost may need some philanthropist who loves the game and knows what they’re doing to come in and fund it off their own back.

“A voluntary commitment from someone that is passionate about the sport. It needs to come from someone with love for the game, prepared to do it for nothing.

“But I don’t see that happening, the Chinese are taking over.”