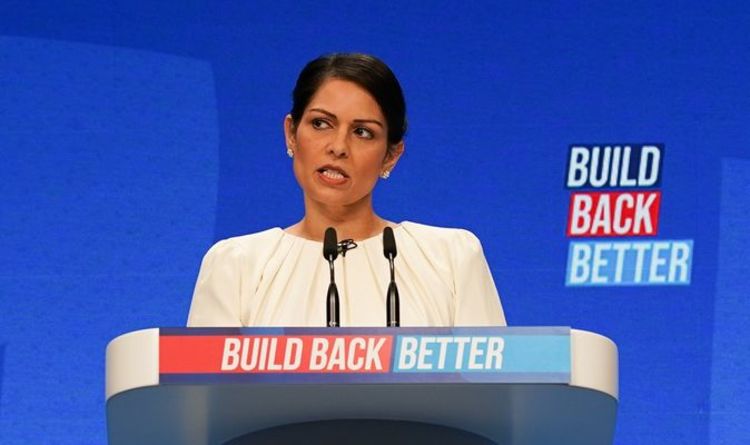 The Home Secretary has reportedly considered writing a letter to Cabinet Secretary Simon Case in which she planned to lash out at officials’ failure to get a grip of the migrant boat crisis. While the letter was not sent, officials found out and hit back and branded her behaviour as “erratic” and “self-serving”.

One member of staff said: “She hates us and we all hate her.”

While another added: “What’s become abundantly clear is that she is out for herself and only interested in how this plays out publicly.

“If we actually worked collaboratively, then we could get things done, but instead we just have cloud cuckoo land public statements from the Home Secretary and we all look and think, ‘Well, that won’t work’.”

The ongoing feud within the Home Office came as more than 600 migrants made the dangerous journey across the English Channel on Saturday.

The number of migrants crossing the Channel has tripled since last year.

Ms Patel has attempted to launch several initiatives to stem the flow of migrants but with limited success.

One of her proposals was for Border Force to “push back” dinghies to France but this is believed to have been just once.

One official told the MailOnline: “The ‘push back’ policy had to go to several barristers to find one who would say ‘yes’ to it legally.

Prime Minister Boris Johnson has since ordered a cross-Government review of the crisis to be led by Cabinet Minister Stephen Barclay.

Ms Patel and Home Office Permanent Secretary Matthew Rycroft issued a statement in a bid to quell the storm.

They said: “While personal and anonymous attacks are regrettable and a very unfortunate part of public life… we will not let them distract from building a department able to rise to the challenges of today and tomorrow.

“The Home Office is responsible for delivering some of this Government’s biggest priorities – recruiting 20,000 police officers and cutting crime, keeping our country safe from terrorism, and implementing the New Plan for Immigration.

“We are both hugely grateful for the hard work of the thousands of public servants who work to do this every single day.

“While personal and anonymous attacks are regrettable and a very unfortunate part of public life, as joint leaders of the Home Office we will not let them distract from building a department able to rise to the challenges of today and tomorrow.”

“We are working with the French to stop boats leaving their beaches and crackdown on the criminals driving these crossings.

“People should claim asylum in the first safe country they reach.

“The Government’s New Plan for Immigration will fix the asylum system, making it firm on those who abuse it and fair on those in genuine need.”