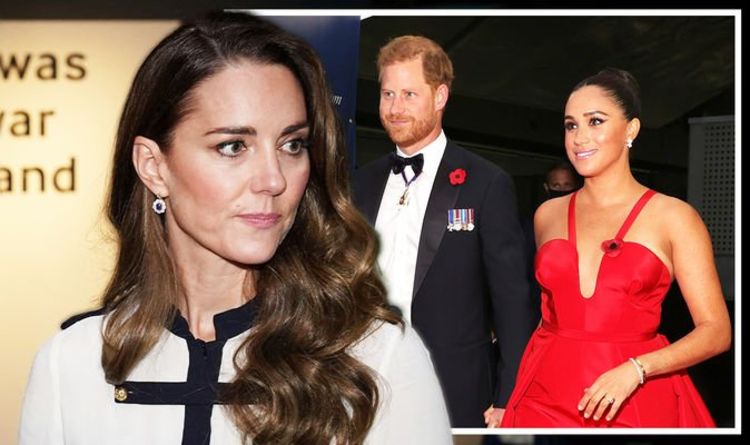 Kate, the Duchess of Cambridge, 39, “forgot” to zip up her bag while walking along a train platform as she arrived at Cop26 in Glasgow. The royal gave fans a “rare glimpse” into her bag which held a ring binder and laptop.

Royal expert Angela Mollard revealed what else Kate likes to keep on her person.

Australian morning show host Larry Emdur said: “In some of the biggest royal news in a lifetime, Kate Middleton has given us a rare glimpse inside her handbag.”

Ms Mollard added: “I don’t think she’s given us a rare glimpse, I think she forgot to zip it.

“She’s got her laptop, she’s got a ring binder with papers. Apparently, she always carries make up and blotting paper in case she gets shiny.

“She’s got three kids, I reckon there’s also a packet of raisins and a muesli bar in there as well, don’t you think?”