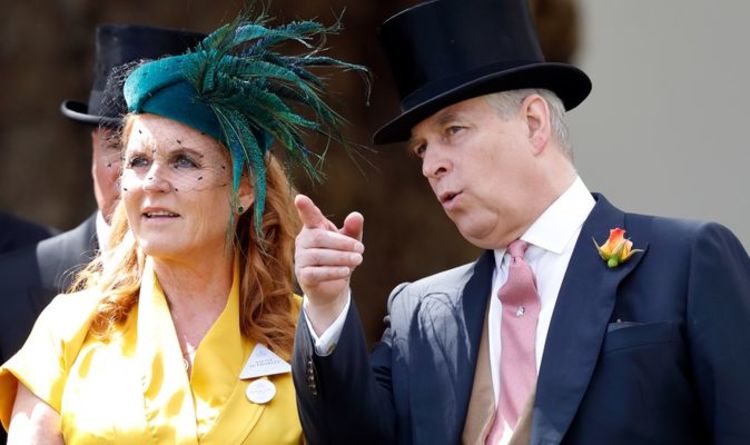 Royal expert Richard Kay described Andrew’s ex-wife as a “resilient fixture bolstering him on the darkest of days” as he faces a civil sexual assault case. Mr Kay said the Duchess of York’s role is “as important as ever” after the Queen stripped the Duke of his honorary military roles and royal patronages, as he questioned the prospect of the pair remarrying.

Writing in the Daily Mail, Mr Kay said: “Which brings us to Fergie.

“So often the source of his troubles in the past, she has been a resilient fixture bolstering him on the darkest of days.

“Now, as he is cut adrift from the only life he has ever known, her role is as important as ever.

“So could remarriage be on the cards?

“It might just be the most sensible move he can make, the first step in rebuilding his life.”

Andrew and Sarah divorced in 1996 but have remained close over the years.

The couple still live together at the Duke’s Royal Lodge residence in Windsor.

The Duke’s lawyers had argued Ms Giuffre had waived her right to pursue Andrew by signing a confidential settlement with disgraced financier Jeffrey Epstein.

However, Judge Lewis A Kaplan on Wednesday threw out the royal’s motion to dismiss the civil sexual assault case and ruled it can go to trial.

And on Thursday, the Queen stripped her second son of his honorary military roles and royal patronages.

A royal source added that Andrew will stop using his HRH style.

The decision represents the Duke’s complete removal from official royal life, and an attempt to distance the monarchy from Andrew in the year of the Queen’s Platinum Jubilee.