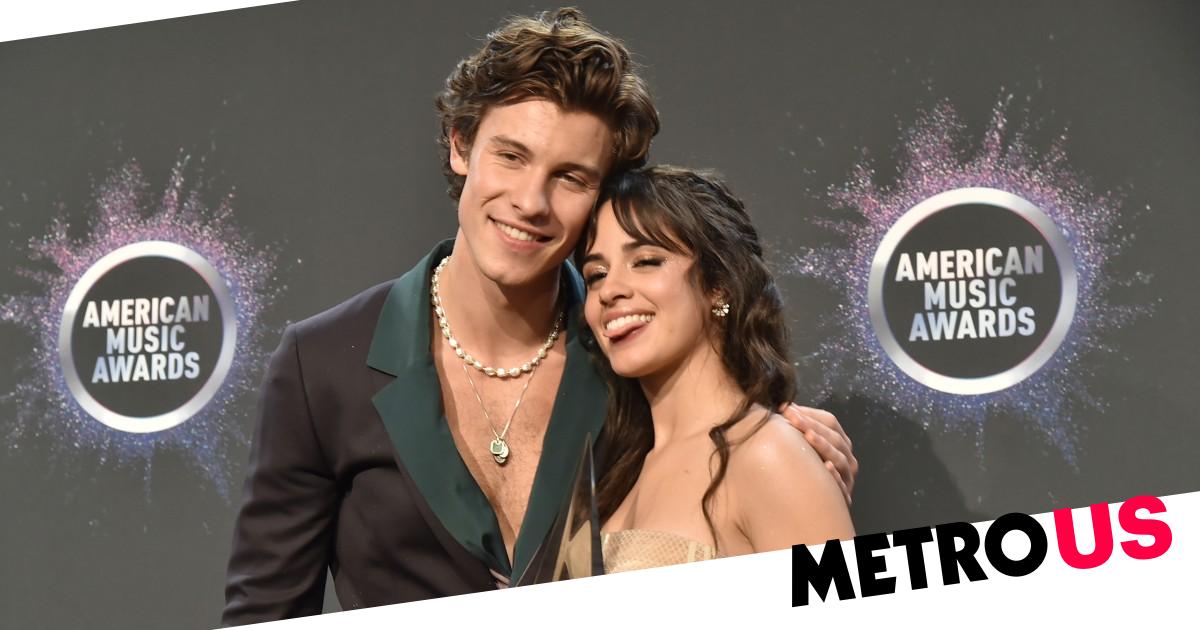 Shawn Mendes and Camila Cabello have called time on their relationship after two years together.

The pair, who started dating in July 2019 after five years of friendship, said they have ‘more love for one another than ever’ as they broke the news by sharing joint statements on Instagram.

Camila, 24, and Shawn, 23, wrote: ‘Hey guys, we’ve decided to end our romantic relationship but our love for one another as humans is stronger than ever.

‘We started our relationship as best friends and will continue to be best friends, so we appreciate your support from the beginning and moving forward.’

As the pair begin to navigate the new dynamic in their relationship, here’s a full timeline of their romance.

The pair first met when Camila and her Fifth Harmony bandmates opened for Austin Mahone on tour.

However, they didn’t get super close straight away, with Camila later admitting in an interview: ‘I remember I wanted to hang out with you, but you were always on the tour bus, just learning guitar.’

Shawn and Camila were clearly firm friends by the time the 2015 MTV VMAs rolled around.

The pair posed together for photos at the after party.

While their song Senorita saw much more success, Shawn and Camila first worked together on their song I Know What You Did Last Summer.

Camila was still in Fifth Harmony, but worked on solo ventures at the same time.

While romance rumours swirled, the pair were just friends at this point.

While the pair still said they were just friends in 2017, a cover of Ed Sheeran’s Kiss Me did nothing to dispel the rumours.

May 2018Shawn says Camila is his ‘favourite person in the world’

Even before their romance, Shawn made no secret of his admiration for Camila.

He told Zane Lowe in an interview: ‘Oh my God, she is my favorite person in the whole world.

‘I don’t think you’ll ever meet somebody who can feel emotion like her, in all aspects. Her love for what she believed in was so powerful that it just kind of pushed me to like make an entire album out of inspiration of the one night.’

Shortly before they finally confirmed they were together, Shawn and Camila released their song Senorita, complete with a steamy video.

Around the same time, it was reported that Camila had split from her boyfriend Matthew Hussey.

It’s thought they finally got together in July 2019, with the pair spending July The Fourth together.

They were also pictured holding hands during an outing in West Hollywood.

Amid reports that they had finally made things official, Camila and Shawn performed their song Senorita at the MTV VMAs.

They teased everyone with an almost kiss, but it’s safe to say there was no doubt about their relationship status after that.

The couple confirmed their romance in a very memorable way, joking about fans judging their kisses.

‘We just want to show you how we really kiss,’ Shawn added, planting a sloppy kiss on his girlfriend.

By October, the pair were very open about their romance, with Camila telling Capital Breakfast: ‘We’re pretty happy — I really, really love him a lot.

‘This song was really fun because we got to just hang out again like we did on the song we did before, I Know What You Did Last Summer, which is when we got really close.’

November 2019Getting tattoos together

Shawn and Camila were clearly inseparable by November, getting tattoos together.

Shawn got a letter A behind his ear for his 16-year-old sister, Aaliyah, while Camila got ‘it’s a mystery’ on her finger, a reference to the film Shakespeare In Love.

Like the rest of the world, Camila and Shawn spent much of last year at home, but the pair actually ended up having a blast during lockdown.

Shawn said: ‘Camila and I were so lucky because we were able to just kind of be in a still moment, and it was the first time in the past six years that we’ve been just able to relax and not work at all.’

The singer also shared that the pair ‘were going on bike rides around Miami’ admitting ‘it just felt really beautiful.’

Shawn added that lockdown brought up a lot of ‘nostalgia,’, adding: ‘It really brought us together.’

Both Shawn and Camila shared sweet posts for their two-year anniversary.

After Camila’s starring role in the 2021 remake of Cinderella, Shawn had nothing but praise for his girlfriend.

Sharing a photo of the pair of them kissing, he said: ‘Congratulations my love, I’m so proud of you.

‘I’ve never seen anybody work as hard as you did to show up everyday and be truly professional, kind and authentic. I admire you so much. Such a beautiful movie with a beautiful message 🤍 te amo mi vida.’

Shawn and Camila have now announced that they’ve ended their romantic relationship.

They didn’t share a reason for their split, but are still clearly great friends.


MORE : Camila Cabello and Shawn Mendes split after two years together: ‘Our love for one another is stronger than ever’

MORE : Cinderella: Camila Cabello and Idina Menzel on writing their own songs for ‘liberating’ take on fairy tale