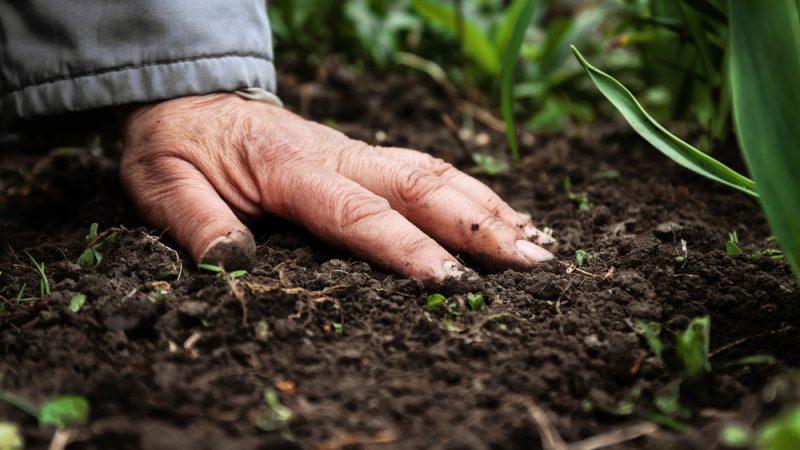 The European Union’s soil strategy has outlined plans for a soil health law by 2023 to bring soil on the same legal footing as air and water, and EU lawmakers have warned this must be a hard deadline.

The EU soil strategy, launched on Wednesday (17 November), will offer an overarching policy framework for soil restoration to assess the status of European soil and take action against its degradation.

“We depend on soil for most of our food and yet, 70% of soil is not in good condition,” Commission Vice President Frans Timmermans pointed out during a press conference marking the unveiling of the strategy.

To tackle this, the strategy sets a number of ambitious and necessary objectives to restore the EU’s soils.

Most notably, this includes a new EU soil health law by 2023, with the goal of dramatically improving the state of soil by 2050.

If backed by the European Parliament and the member states, it will become the first EU-wide law protecting the soil.

A first attempt to create an EU-wide legal framework for soil protection was conducted by former environment Commissioner Janez Potočnik more than ten years ago but was blocked by national governments.

This failure to establish an EU-wide directive on soils has been a “major cause for the alarming state of our soils,” according to the strategy.

Environment Commissioner Virginijus Sinkevičius said that while challenges remain, he was confident this time would result in a different outcome.

Bas Eickhout, a Green MEP and vice-chair of the European Parliament’s environment committee, welcomed the news, stressing that the “full and legal protection of healthy soils is desperately needed to achieve the EU’s goals on climate change, biodiversity, food security and water protection”.

“National interests have previously got in the way of protecting soil, but without a unified approach we risk destroying our ability to feed the planet in the future,” she said.

However, while he expressed a “cautious optimism” for the strategy, Renew Europe’s MEP Martin Hojsík said he was disappointed by some elements, namely the fact that the Commission did not provide a firm commitment of the legal basis for land use and coverage area frame survey (LUCAS), which is used to collect information from member states.

“The tool must be an integral part of the strategy in the long-term,” he urged, adding that the “rather vague” wording which must anchor its objectives, conditions, funding and other elements comes as a surprise.

“We must remember that this strategy is a starting point. The future activities and the proposal will be the defining elements,” Hojsik pointed out.

While the ambition of the strategy was widely welcomed, stakeholders also reserved criticism for the fact that, despite the gravity of the situation, a dedicated proposal on soil health was pushed back to 2023 rather than presented alongside the strategy.

Asked by EURACTIV as to the reason behind this, Commissioner Sinkevičius said there was a need to “do everything by the book” to ensure a solid legislative proposal.

“I don’t want to take any slight of risk that if the proposal is done incorrectly, there will be someone who will be blocking it again,” he said.

For this reason, the Commission plans to undertake a comprehensive impact assessment which will form the basis of the 2023 soil health law proposal and help to land a proposal that will be accepted by member states, while also ensuring sufficient soil protection, he said.

Asked if this time frame was too slow, Renew Europe’s Hojsík told EURACTIV that while he personally wished to already see the proposal on the table, he also understood that the Commission needs “sufficient time to prepare a quality proposal together with all relevant experts and actors”.

However, he added a warning that 2023 “must be a hard deadline”.

“Any additional delay would be loudly protested by us, the members of the Parliament,” he said.

Meanwhile, EU farmers’ association COPA-COGECA expressed some concerns over plans for an EU-wide approach to soil, pointing out that the characteristics of soil across the bloc vary greatly, making it difficult to establish a general EU-wide approach.

“While the soil strategy acknowledges the importance of subsidiarity in achieving the goals set, it is essential that these are not empty words; and that farmers and foresters from across the EU are not penalised,” the association said in a statement.

COPA-COGECA also called for more clarification on how the inclusion of new measures, such as the Soil Health Law, will add to the already existing set of tools that are already, directly and indirectly, affecting soil health, such as the Common Agricultural Policy (CAP) and the Nitrates Directive.

“To be effective, the last thing that the EU farming community needs is a new administrative layer,” the association warned.

*Julia Dahm contributed to this reporting