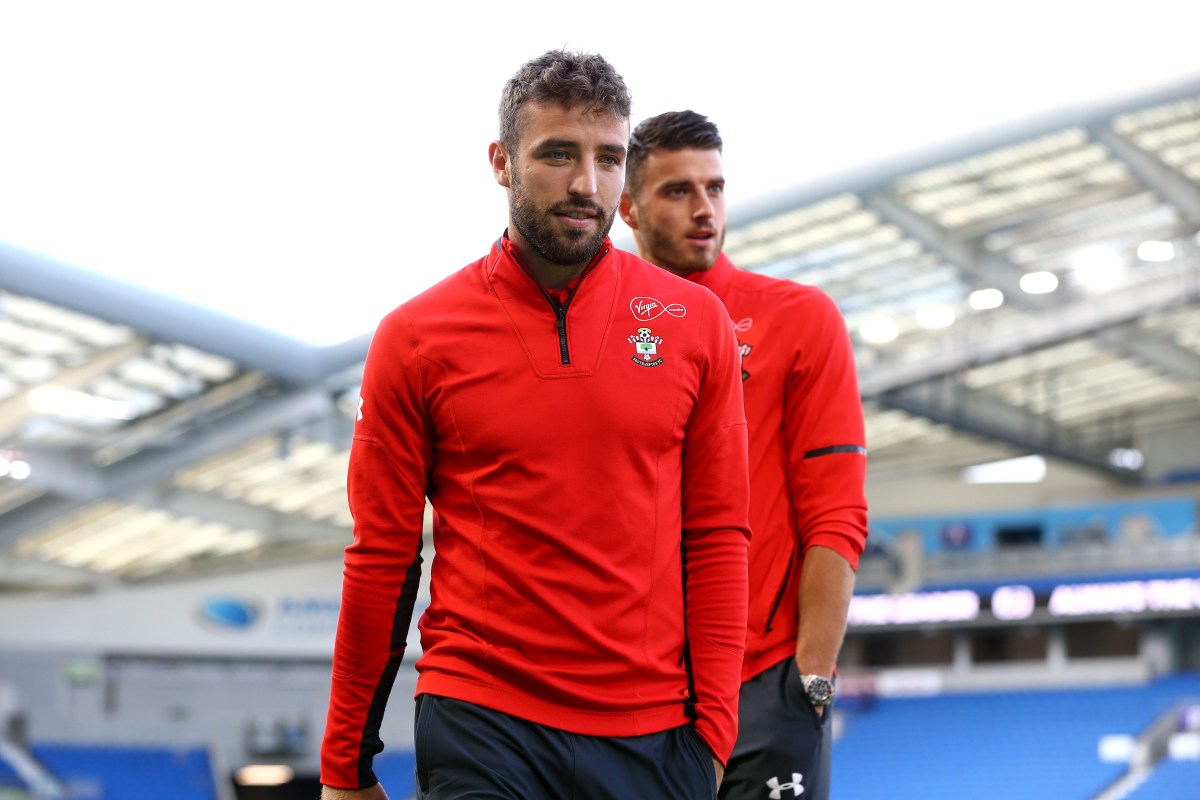 Southampton academy graduate Sam McQueen has opened up on his retirement from the game at the age of just 26.

McQueen’s retirement was announced on New Year’s Day following more than three years out of the game after sustaining a knee ligament injury back in October 2018.

McQueen tried to get back in the game after snapping his anterior cruciate ligament [ACL] but revealed how debilitating the injury and time away from football can be.

In an interview with the Saints’ official website, McQueen chronicled his struggles with pain, training, and mental health, offering a rare insight into what an injured player goes through.

An ACL injury is a relatively common but destructive injury in football, and McQueen had the worst possible response to treatment.

“I just twisted my knee trying to clear a ball. I heard it snap, and knew instantly it was an ACL,” he told southamptonfc.com.

“The week before Christmas I started getting hot flushes and found out I had an infection.

“I got rushed up to London to have some emergency surgery to try and flush the infection out of my knee.

“Then I started getting hot flushes and bad pain again, in my knee, and found out the infection had come back – the same infection.

“I had to rush up to London again to see the surgeon and redo the whole operation, taking ligaments from my other leg to put the knee right that had unfortunately not gone successfully the first time.

McQueen then revealed that despite his best efforts to get back to playing football for his boyhood club, his knee had destroyed his chances.

His body had deteriorated and had been thrown off kilter, meaning that not only was training nearly impossible, but other injuries were guaranteed.

“For the last two years I’ve been coming in six days a week, doing everything I can that you’d normally do after an ACL rehab – lots of gym work, lots of pool sessions,” he explained before the retirement announcement.

“It’s just the amount of time I had not on my feet and running has caused my body to decondition to such a level that now, if I try to join in any parts of training, I just continually get muscle tears in certain areas, and my knee is not able to cope.

“They’ve advised me that I probably won’t be able to play football for much longer, even if I do manage to get back.”

McQueen, who turns 27 in February, also candidly revealed that his mental health took a huge knock whilst away from the game.

It became clear that he wasn’t fully prepared to deal with the trauma, and needed help to get through the dark times.

“I didn’t maintain a positive attitude; I became quite depressed,” McQueen said.

“I probably had six months of counselling, which was much needed and helped me a little bit, but I still wasn’t able to be there for my family and friends.

“It was only when I found out my partner was pregnant and I had a son due in about six months’ time that it gave me a bit of a kick up the arse to try and make things better and have a positive outlook, because I’d given up. I wasn’t able to deal with the injury and the things that had happened within the family.

“I was completely unaware that I had no capability to deal with any emotional or personal traumas. When it hit me, it ruined me for a certain amount of time. It’s taken three years for my mind to start to process it and start to feel like myself again. The journey is still ongoing with that.”

McQueen does appear to be out of the other side though, looking back on his career fondly despite it sadly being cut short.

“I’m ridiculously lucky to have done what I’ve done in my short football career,” he said.

“I feel like I could’ve done a lot more – I wanted to try and reach Champions League level as a target I had in my head as a kid. That’s just where I would’ve loved to play, but I’m very proud of the things I have achieved here.

“Sad that there wasn’t more, but later in life, to be able to look back at the memories I have of playing against Inter Milan and being around a Premier League team and travelling with the squad – all those things about being part of a team and the passion of the fans.

“My deepest wish at the moment is beyond happiness for my family and friends.

“After that, I’ll just try to make the most of the rest of the life that I’ve got. The world is my oyster – I can do anything that I want really, and I’m excited about that.

“I’m starting to open my mind up to the options out in the world, and looking forward to cherishing that with my partner and children.”