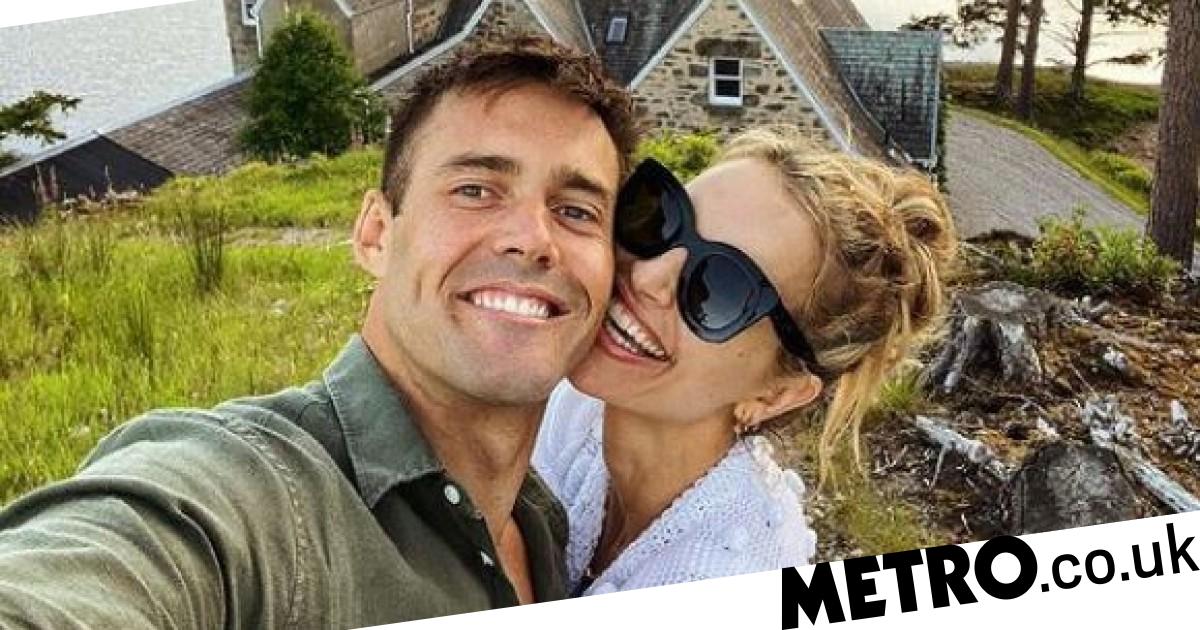 Spencer Matthews and Vogue Williams have shared the exciting news that they’re expecting their third child.

The couple, who married in 2018, are already parents to son Theodore, three, and one-year-old daughter Gigi, and said they are ‘very lucky’ that Vogue was able to fall pregnant again.

Confirming the news, model and presenter Vogue told Hello! magazine: ‘It’ll be the more the merrier.

‘Theodore and Gigi absolutely love each other, they’re always playing together. My sister Amber is my best friend and I want the three of them to be best mates.’

The 36-year-old is due to give birth in spring 2022 and the couple are yet to reveal the baby’s gender.

Former Made In Chelsea star Spencer added: ‘It was a wonderful moment. I was delighted.

‘We’d been trying, but I never expected it to happen as easily as it did. We’re very lucky.’

Vogue plans on working right until the baby arrives and admitted she ‘wouldn’t know what to do with [herself] if [she] wasn’t working’. She currently presents on Heart radio on Sunday mornings and is the host on a new Irish talent contest The Big Deal alongside a star-studded judging panel, which includes Boy George, entertainment duo Jedward and JLS star Aston Merrygold.

The presenter said keeping her pregnancy a secret at work was relatively easy until her bump began to show a couple of weeks ago and admitted Spencer, 33, had nearly let it slip while recording their joint podcast, Spencer & Vogue, and they had to edit it out.

Vogue revealed that their youngest Gigi is too young to understand that she’s getting a little brother or sister while Theodore ‘doesn’t really understand yet’.

Sharing his excitement at their impending arrival, Spencer added: ‘We’re very fortunate to be so close and happy together and it’s a special thing to be able to grow our family.’

The former reality star also shared the news with his Instagram followers and wrote: ‘WE’RE HAVING A THIRD BABY!!!

‘If you’d have told me a few years ago that by the age of 33 I’d have three beautiful children with the woman of my dreams I WOULD have believed you because that was always the plan….

‘Having said that I feel fortunate every day for what we have. Family is EVERYTHING.

Read the full interview in Hello! magazine, out tomorrow.


MORE : Strictly Come Dancing 2021: Judi Love thanks series for ‘stone and a half weight loss’ after elimination