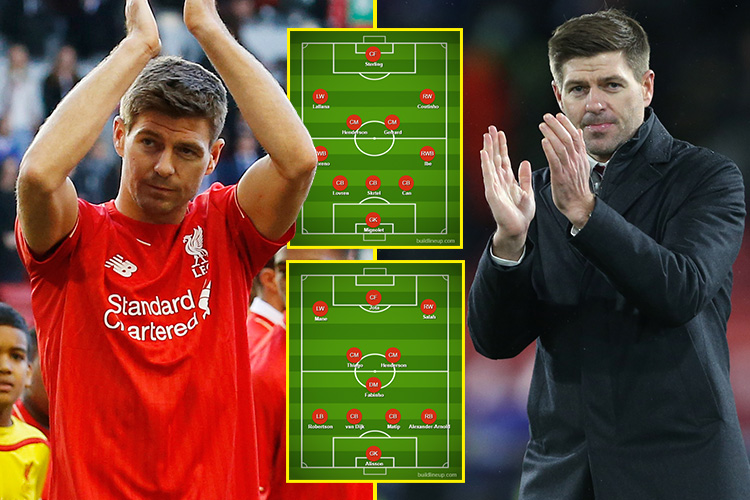 Much has changed since Steven Gerrard last graced the turf at Anfield in 2015.

It was an emotional afternoon as Liverpool waved farewell to arguably their greatest ever player.

Crystal Palace though had no room for sentimentality though and trashed Gerrard’s goodbye with a 3-1 win.

The legendary midfielder’s exit was just the start of an exodus at Anfield which sparked a revolution on Merseyside.

Within months, Raheem Sterling departed the club to join Premier League rivals Man City and manager Brendan Rodgers was sacked by the club in October 2015.

Jurgen Klopp came in, Jordan Henderson became captain and the Reds have gone on to become one of Europe’s most formidable teams having won the Champions League and Premier League.

But who starred alongside Gerrard on that last Anfield appearance?

Some though felt that the grass was greener elsewhere and have since regretted leaving Klopp and Liverpool.

Coutinho, a £142m signing for Barcelona, may have had an illustrious career since leaving the club winning two La Liga’s, then one Bundesliga title and the Champions League for Bayern whilst on loan for the Germans, but has been regarded as an unsuccessful signing by many since leaving Anfield for the Camp Nou.

Emre Can meanwhile opted to leave Liverpool upon the expiration of his contract to join Juventus in 2018 and then moving on to Borussia Dortmund.

Lallana is now starring at Brighton, Martin Skrtel is back in Slovakia playing for Spartak Trnava, while Jordon Ibe, once touted as a replacement for Sterling, is without a club since leaving Derby County.

The team from 2015 is stark compared to Klopp’s 2021 side and it has shown how much has changed at Anfield in six years.

Liverpool have parted ways with all but one of those players and recruited very smartly since.

Sadio Mane came in the year after and has been one of the most consistent forwards in the Premier League.

Mohamed Salah meanwhile has gone from being a Chelsea to flop to arguably one of the best in the world, even if his Ballon d’Or ranking says there are six players who are better than him.

As Gerrard prepares his return to Anfield and hopes to spoil the day as Aston Villa manager as Palace did in his last game as a player, he will be comforted knowing how much his old club has progressed since the last time he laid a foot in his old home.