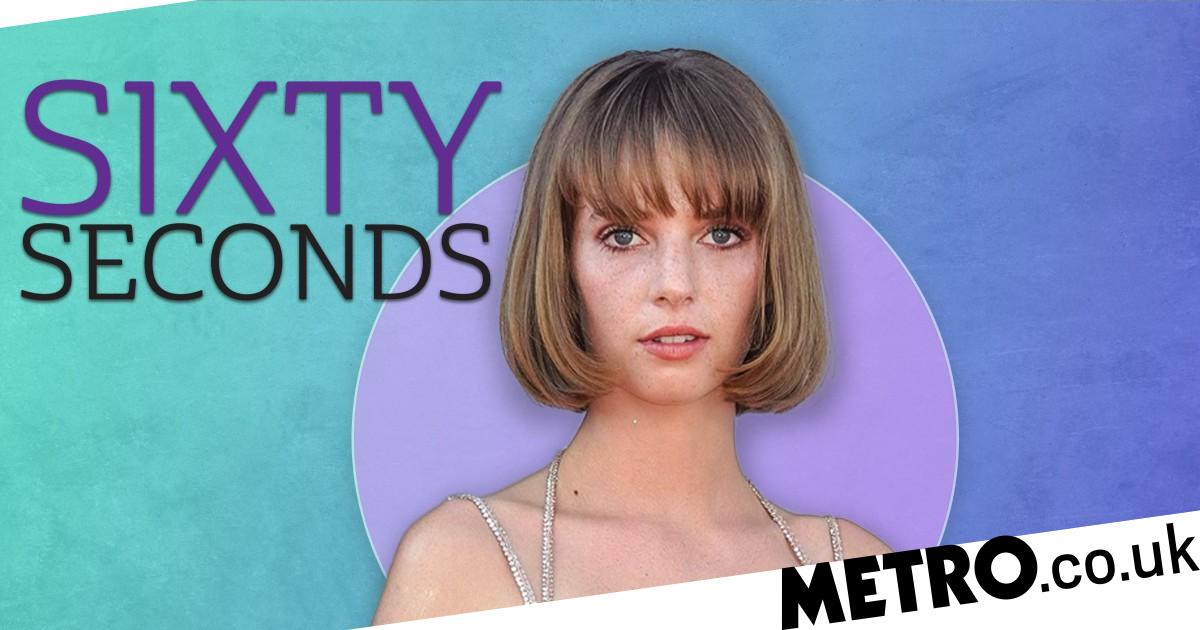 It is quite big. The thing with being in a show like Stranger Things is that you acquire those followers very quickly based on something that exists outside of yourself.

I would bet at least 2.5 million of those people are just massive Stranger Things fans who are hoping for some sweet piece of Gaten Matarazzo content.

So give us some…

I lose a lot of the Stranger Things followers because I don’t give out a lot of great content. Sorry!

And though I have an Instagram profile, I’m not super active myself. I don’t read the comments and I don’t check the DMs, and I try and close my eyes to all that stuff a little bit.

Did having film star parents in Ethan Hawke and Uma Thurman mean you were destined for showbiz yourself?

I have a very crystalline memory of being on the school bus aged seven and some girls asking me what I wanted to be when I grew up and I said, ‘A farmer’, and they were like, ‘Oh my God, you don’t wanna be an actress?’ But I was never like
that. I wanted to be a farmer or a veterinarian.

What’s your new film Mainstream about?

To me it’s a fairy tale about the dangers of what success can do to people and to art. The feeling of being liked and wanting people to like you, and how that can change the way that you exist as a human being.

Because you get addicted to that feeling of approval and you start picking choices based on what other people want you to be.

How do you avoid that trap yourself?

I’m not particularly famous so it hasn’t been a huge problem so far. I haven’t really started to struggle with this yet because I’m so young but I do know the way that preserving youth and beauty, and the desire to think ‘I must look as beautiful as I’ve ever looked at all times so that I can keep working’, can play into an actor’s life.

Sofia Coppola cast you as Ariel in her abortive Disney live-action remake of The Little Mermaid. Which Disney princess are you most like?

My first audition ever was that one for Sofia. Her confidence in me and belief in me made me feel like I could actually do this job. I loved all the Disney princess movies. I probably would’ve really been into Belle the most – I was always really into poetry and so I loved all Belle’s reading – though the movie really scared me for some reason.

But I loved The Little Mermaid to the point that I practised swimming with my ankles tied together and would do full-moon ceremonies under the stars to try to turn myself into a mermaid.

Was it hard having famous parents?

I was never interested in being famous. I did not like the moments when I had to leave my house under an umbrella. Or Googling myself as a kid and reading mean comments. That part really was a bummer.

But I loved being with my parents on set. I loved sitting in front of the monitor and watching take after take. I just thought that was normal life and what everyone else did and I’d do something else when I grew up.

It wasn’t until I was older that I realised other people didn’t want to obsessively watch the dress rehearsal and every performance of a run of The Cherry Orchard by Chekhov when they were ten.

Are you an extrovert or an introvert?

I look really extroverted in the way that I interact with people – I’m loud and jumpy – but the person inside is just this little shaking acorn who is like ‘waaah – did I put my foot in my mouth already? What just happened? I hate myself!’

I have a kind of natural awkwardness and the experience I have all the time is that I’ll leave the conversation and be like, ‘Wow, that was almost a slam dunk of a conversation but then I got too excited and I had to say that one extra thing and ugh! I wish I could just go back and edit it all!’

What hobby do you wish you had more time for?

I have a lot of time. In the life of an actor, time is not the problem, the problem is how to properly construct your time in order to best serve yourself.

I was really inspired by Jason Schwartzman, who always has crafts with him when you’re working with him. He’s got clay or paints or playing cards or he’s building his own weird little Lego tower.

You’ve described your dad as ‘a teacher and a friend’. What’s he taught you?

There’s so much. When I was born my dad started writing a book called Rules For A Knight, which is just advice to me, so I keep that with me most of the time.

I probably shouldn’t say this but one of his great pieces of advice is: ‘Don’t fall in love on set [her parents met on set]! And if you do, wait until you go home for three weeks before you think it might be real or not.’


How to get your Metro newspaper fix

Metro newspaper is still available for you to pick up every weekday morning or you can download our app for all your favourite news, features, puzzles… and the exclusive evening edition!