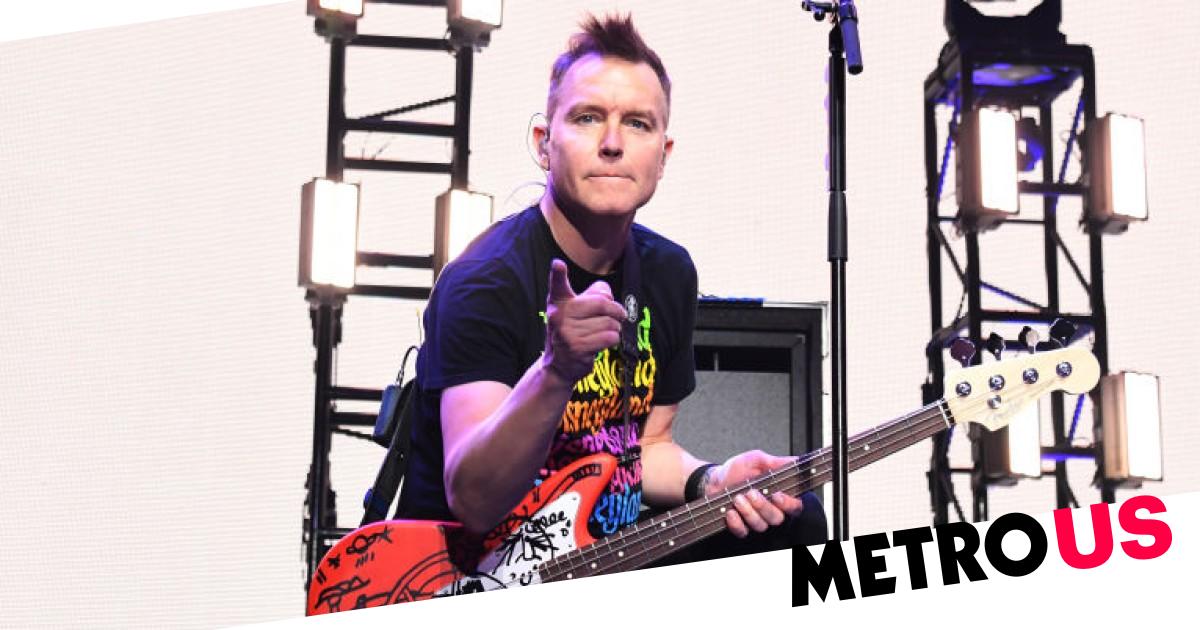 Mark Hoppus shared a poignant Thanksgiving message as he reflected on his cancer battle.

The Blink-182 star, 49, revealed that he had been declared cancer free in September, months after breaking the news of his lymphoma diagnosis.

Taking to Instagram to celebrate the US holiday, the I Miss You musician posted a throwback selfie as he sat in front of the toilet.

Alongside the upload, he told his 1.2million followers: ‘I have so much to be thankful for today. This photo is from June, halfway through chemo, no idea if it was working or not, relegated to the bathroom floor, retching.

‘If I ever complain about something trivial or unimportant, please show me this photo to remind me of how bad things can be, and how truly blessed I am.

‘I hope you all have an amazing day with friends and family. Happy Thanksgiving.’

Fans rushed to offer the rocker their well wishes over his post.

‘You are so strong Mark. Happy happy Thanksgiving,’ a follower replied, as one agreed: ‘Love you so much and so glad you got through it.’

‘You’re a gem. Thankful for you,’ an Instagram user said.

‘Have an awesome day, Mark. We love you,’ another commented.

As a fan posted: ‘Happy thanksgiving to you and your family, @markhoppus!!!! Indeed, truly a lot to be thankful for!’

Mark announced his cancer diagnosis in June as he underwent treatment, praising his ‘incredible doctors’.

‘I have cancer. It sucks and I’m scared, and at the same time I’m blessed with incredible doctors and family and friends to get me through this,’ he said at the time.

‘I still have months of treatment ahead of me but I’m trying to remain hopeful and positive.

‘Can’t wait to be cancer free and see you all at a concert in the hopefully near future. Love to you all.’

Updating fans on his health just a few weeks ago, Mark confirmed that he is ‘cancer free’ – but explained that it will take him a while longer to ‘get back to normal’.

’Just saw my oncologist and I’m cancer free!! Thank you God and universe and friends and family and everyone who sent support and kindess and love,’ he added.

‘Still have to get scanned every six months and it’ll take me until the end of the year to get back to normal but today is an amazing day and I feel so blessed.