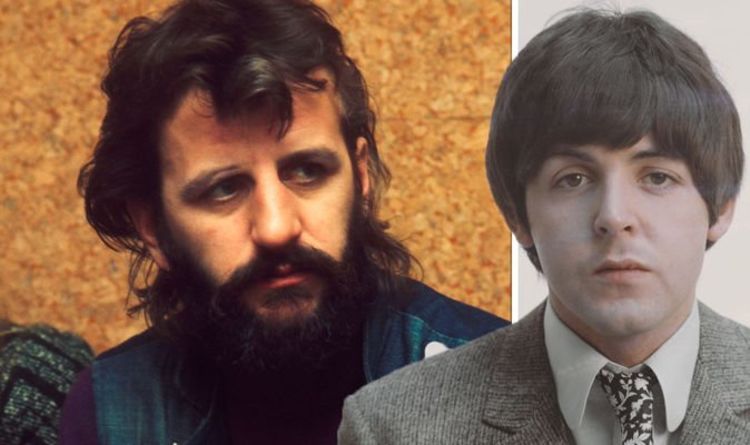 Before The Beatles split up, the relationship between Ringo Starr and Paul McCartney became extremely frayed. In the early-1970s McCartney was working on releasing his first-ever solo record – an album which was eventually released on April 17, 1970. But before the album, McCartney, hit store shelves, he was asked by the Apple Corps bosses to push it back. The person who told him this news was none other than Starr.

Starr was instructed to go to McCartney’s farm and explain to him that he needed to change the release date of his album.

McCartney later recalled: “I was just fed up with that. It was the only time I ever told anyone to GET OUT! It was fairly hostile. But things had got like that by this time.

“It hadn’t actually come to blows, but it was near enough.”

He added: “Unfortunately it was Ringo. I mean, he was probably the least to blame of any of them, but he was the fall guy who got sent round to ask me to change the date – and he probably thought: ‘Well, Paul will do it.’ But he met a different character because now I was definitely boycotting Apple.”

The unhappy welcome Starr received prompted him to write a scathing track aimed at McCartney.

The track included some vicious lyrics specifically pointed at McCartney.

On the song, Starr croons: “Lives on a farm, got plenty of charm, beep, beep, He’s got no cows but he’s sure got a whole lotta sheep, A brand new wife and a family, And when he comes to town I wonder if he’ll play with me.”

Later in the track, Starr spoke about George Harrison and John Lennon in a positive light.

He sang: “And when he comes to town, I know he’s gonna play with me,” about Lennon.

While he coos: “Cause he’s always in town playing for you with me” about Harrison.

He did finish the song, however, with a final touching note about his friends, saying: “When I go to town I want to see all three.”

Just a few months after McCartney and Starr’s argument, it was announced The Beatles had come to an end.

Their downfall was illustrated in the documentary titled after their final album, Let It Be.

The footage taken during these recording sessions is being repurposed next week on Disney Plus in a new docu-series titled Get Back.