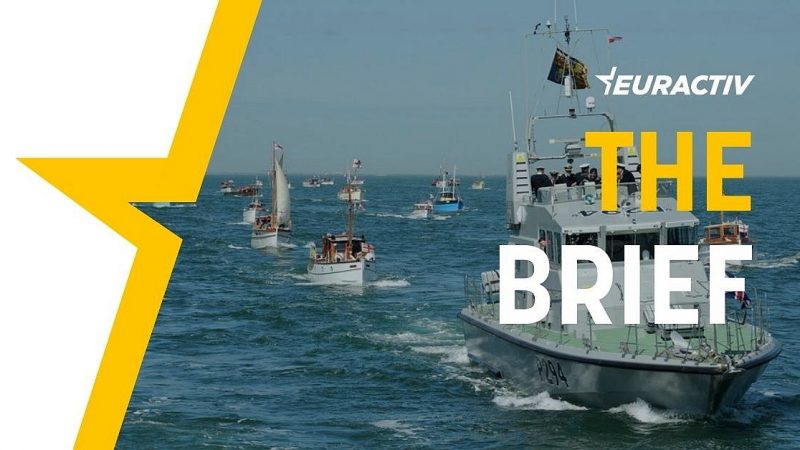 With a British trawler seized by France, and Royal Navy boats poised to enter the Channel, we could be in 1805, not 2021. Who needs Nelson and Napoleon when you can have Brexit?

Fisheries has been a symbol of Brexit from the start, just like the prospect of military vessels in the Channel. The fishing industries in both the UK and France carry political importance that far outweighs their significance in economic terms. It is also a microcosm of the poor state of relations between London and the EU.

On Wednesday, the French government threatened to impose sanctions including a harbour ban on UK fishing vessels from next week, unless London grants more licenses for French fishermen to operate in the Channel.

The post–Brexit trade deal gives French and other EU fishing vessels near identical rights to fish in UK waters for a five year transition period.

However, ever since the agreement came into force, French officials have been complaining that the licences needed to fish have either not been granted, or have come with extra conditions not mentioned in the trade deal.

In the UK, Brexit Minister David Frost says 98% of applications by EU vessels to fish in British waters have been approved.

The European Commission points out the UK government has approved only 15 out of 47 applications for French boats to operate in the UK’s coastal waters.

Who should we believe in the spin war?

As France’s Europe Minister Clement Beaune put it, the UK only understands “the language of force”. On Friday, France’s Ambassador in London, Catherine Colonna, will receive a formal dressing down over her country’s “disappointing and disproportionate threats”.

In truth, by threatening to impose harbour bans on UK vessels, and leaving the prospect of tearing up the trade agreement, France is only really giving the UK a taste of its own medicine.

From the Northern Ireland protocol to the withdrawal agreement, the negotiating tactics of Frost and others has been built around issuing ultimatums.

Incidentally, the French gambit appears to have worked. UK officials say more licences have been approved. Nobody can seriously want a stand–off in the Channel

But let’s not be under illusions. This row is about politics.

The French posture, led by President Emmanuel Macron’s point man, Clement Beaune, has more than an eye on next May’s presidential elections.

Macron probably believes that belligerence will play well with voters, particularly after the Aukus nuclear submarine snub Paris recently suffered at the hands of its allies, Australia and the US. Supporters of Boris Johnson, meanwhile, will also expect the usual sub–Churchillian bravado.

The bulk of the UK fishing industry has found that it is worse off outside the EU. And it’s unlikely to get much better. Trade protection measures rarely lead to long term economic gain.

Renegotiation will take place in 2026 but recent history suggests that it’s a safe bet to guess that fishing rights on both sides will be less generous than at present. For all the verbose rhetoric of Johnson, Macron, and their minions, the reality is that the fishing communities have been sold out.

Facebook’s Data For Good programme uses privacy-protected data to address some of the world’s greatest social issues. Cornelius Fritz, a statistician at LMU München analyses aggregated data from approximately 10 million Facebook users to forecast the number of COVID-19 cases at a local level in Germany.

The Digital Markets Act, Digital Services Act, and the French-British fishing boat spat were some of the topics on the agenda when EU Internal Market Commissioner Thierry Breton began a two-day visit to Paris on Thursday (28 October).

With the recent reform of the Common Agricultural Policy (CAP), the European Commission wants to make the EU’s farming subsidy programme more performance-oriented. However, non-binding targets and national leeway might hinder the Commission’s quest to keep track of results.

A group of ten European countries have heaped pressure on the European Commission to grant nuclear energy a ‘green’ label under the EU’s sustainable finance taxonomy, which acts as a guide to climate-friendly investments.

As the European Commission is expected to present the rules for sustainable finance via the EU taxonomy this year, the largest EU state and its future chancellor is more committed to gas than ever.

European gas transmission operators and their parent companies made €4 billion in profits in the first six months of 2021, even as the energy crisis was beginning to bite, according to an analysis by the NGO Global Witness.

In Bosnia, close to the border with EU member Croatia, fears of cold, isolation, and evictions persist for asylum seekers soon to face sub-zero temperatures outside camps, as the opening of a new housing facility has been delayed several times.

After two US biotech companies, Illumina and GRAIL, defied the EU’s competition authority by closing a merger without waiting for the results of the EU’s investigation, the European Commission adopted on Friday (29 October) interim measures to ensure that the companies continue to be run as separate entities.

As always on Friday, don’t miss our weekly Digital and Agrifood Briefs.