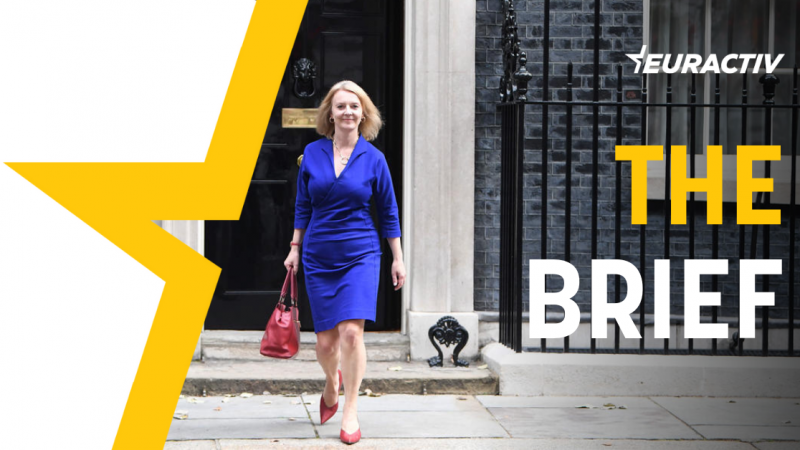 It was always likely that something trivial would bring down Boris Johnson. It would never be policy because Johnson is, ideologically, something of an empty vessel. Throughout his career, it has always been unclear what, besides advancing his own interests, he actually believes in.

So it is with a grim sense of inevitability that something as apparently trivial as holding a drinks party in his back garden during a nationwide lockdown should risk forcing Johnson to resign.

Earlier this week, Johnson apologised to UK lawmakers over a ‘bring your own booze’ party attended by dozens of staff, him, and his wife in May 2020 at the height of the first wave of COVID when the tightest lockdown restrictions were in place. His explanation – about as unconvincing as they come – was that he thought it was a work event.

Social mixing was strictly banned at the time, with the police imposing hefty fines on lockdown breakers.

Most Britons believe that Johnson should quit, and so do a growing number of Conservative MPs, now realising that the man who ‘delivered Brexit’ will probably lose them their seats.

Johnson is “not a bad man, but he is trivial”, was the verdict of Labour leader Keir Starmer last year. It is an accurate assessment.

Of course, Johnson is the undisputed King of Escapology, referred to by David Cameron as ‘the greased albino piglet’ for his unmatched ability to get away with a series of misdemeanours, any one of which would have ended anyone else’s career.

If Partygate does not force him to resign in the coming weeks, something else will, be it in a month, a year or two, and you can bet that it will be entirely self–inflicted.

But does this matter to anyone outside the UK?

Foreign Secretary Liz Truss, who has just taken over additional responsibilities as Brexit minister, is regarded as one of two likely contenders for the premiership should a vacancy arise. This could have dangerous implications for the Northern Irish protocol, which Truss is now negotiating with the European Commission.

Suddenly, what happens in the coming weeks of talks between Truss and European Commission Vice President Maroš Šefčovič could have a significant effect on a Tory party leadership contest as well as Northern Ireland’s future.

Securing an agreement would burnish Truss’s credentials at home, while the alternative – triggering Article 16 and suspending the protocol, and, potentially, the Trade and Cooperation Agreement – would boost Truss’s popularity among Conservative MPs even at the expense of chaos for businesses in Northern Ireland.

The foreign secretary will also be under tremendous pressure not to offer concessions.

In the meantime, Johnson finds himself at the mercy of two women: Sue Gray, the civil servant who will decide whether Partygate broke the law, and Truss, who is now in charge of Brexit’s thorniest problem.

Johnson may squirm free again, but it’s only a matter of time before he ends up on the proverbial political grill.

The UK has stated its commitment to reaching a deal in the long-running dispute over the Northern Ireland protocol following two days of talks between UK Foreign Secretary Liz Truss and European Commission Vice President Maros Šefčovič.

The big powers, including Moscow, cannot decide about the smaller ones, NATO Secretary-General Jens Stoltenberg told EURACTIV’s partner efe in an interview in the midst of a crisis triggered by Russian forces amassing near Ukraine and Moscow’s demands that no Eastern European countries join the Alliance.

Delays caused by the blocking of the Ocean Viking rescue ship by Italian port authorities have put human lives at stake, Julia Schaefermeyer, communications officer at SOS Mediterranean, the NGO that charters the vessel, has told EURACTIV. The vessel was detained in the Sicilian port of Trapani on Monday (10 February), where it was due to be subjected to a port state control.

EU Agriculture Commissioner Janusz Wojciechowski has reiterated the importance of member states submitting their national strategic plans simultaneously, warning that otherwise, this runs the risk of unfair assessment. The plans are one of the main novelties of the Common Agricultural Policy (CAP) reform.

Meanwhile, ambiguities and misunderstandings contained in a draft EU proposal could block nuclear power plants from claiming a green investment label under the bloc’s sustainable finance taxonomy, the industry has warned.

The debate over how best to decarbonise road transport has long pitched synthetic e-fuels against full electrification. In a policy shift, Germany’s transport minister has now said that electric cars have won the race in the EU.

In his inaugural speech to the German parliament, the liberal finance minister Christian Lindner argued for fiscal restraint but showed openness for more public investment to strengthen growth and decarbonise the economy. “After a crisis, it is an imperative of prudence to strengthen the state’s fiscal capacity to act for future crises”, he argued.

France’s national strategic plan for the Common Agriculture Policy (CAP), submitted to the European Commission at the end of 2021, prioritises legume production, hedges, and carbon farming planting. While some find this “acceptable”, others see it as a “national strategic disappointment”. EURACTIV France reports.

In other news, Croatia’s population has shrunk by nearly 10% in the last decade due to an exodus fuelled by a flagging economy, the latest census showed Friday. The latest European Union member is home to just 3.8 million people against 4.2 million a decade ago, Croatia’s statistics bureau said.

Around 27% more people died in the European Union than usual during November, the biggest increase in a year as a fresh wave of COVID-19 swept the region, official data showed on Friday.

Facebook’s parent company Meta is the target of a major class-action lawsuit in the UK over claims it abused its dominant market position to exploit the personal data of British users.

Germany’s digital transition is delayed as ministries still have not determined where different competencies will lie, despite it, along with climate change, being one of the key focus areas of the new government’s coalition agreement.

Last but not least, check out our Digital Brief for a roundup of weekly news.