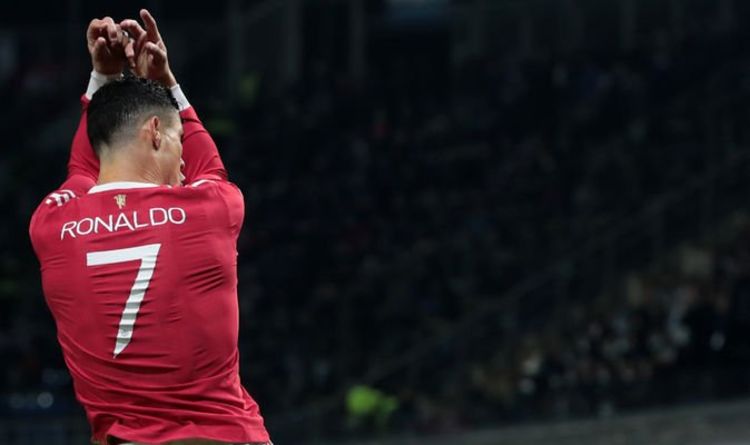 Manchester United have suffered a dismal run of form over the last two months and have all but waved goodbye to their Premier League title hopes. The Red Devils have picked up just four points from the last available 18 and are now nine points behind league leaders Chelsea.

Boss Ole Gunnar Solskjaer has come under increased pressure as the weeks have rolled by, but the Norwegian is clinging to his job – for now.

If Man Utd don’t improve soon, they may have to face the prospect of going yet another season without a trophy.

That means attentions behind the scenes could soon turn to planning for the next campaign as United can look forward to wiping the slate clean and starting again.

And Express Sport takes a look at the four players who are guaranteed to be in starting XI next season.

United signed Raphael Varane from Real Madrid this summer and the centre-back has certainly improved the team.

Of the five Premier League games the 28-year-old hasn’t been involved in this season, Man Utd have shipped 13 goals.

Of the six league games Varane has played in, the Red Devils have conceded just four goals.

Varane’s experience and nous will therefore be essential next season – but he may need a fresh face to come in as his centre-back partner.

Man Utd’s defence is a long way off being the finished article, with Harry Maguire, Eric Bailly and Victor Lindelof all flattering to deceive this season.

Luke Shaw has flourished in recent seasons and his career is finally back on track after he suffered a tough time of things under Jose Mourinho.

The 26-year-old has starred for club and country in 2021, although he has produced a number of poor performances for United this season.

Shaw gives United a big attacking threat with his crossing and set-piece deliveries and, if the left-back can hit top form over the coming months, he will be an automatic inclusion on the team sheet next season.

Further up the pitch, Bruno Fernandes continues to drive United forward as their chief creator.

Last season Fernandes finished as his side’s top goalscorer and assist contributor as he enjoyed a stellar campaign.

He is a specialist when it comes to penetrating defences and Man Utd won’t struggle to unlock opposition backlines with the Portugal midfielder in their side.

This season his role has changed slightly due to the addition of Cristiano Ronaldo – but the midfielder is as important as ever.

Fernandes is a standout player and he will be an essential part of the jigsaw once again next season.

Ronaldo returned to Old Trafford this summer amid a rapturous fanfare but has cut a frustrated figure at times.

The blockbuster star’s arrival has coincided with the team’s downturn in fortunes, although Ronaldo himself has performed as well as could be expected.

The 36-year-old has notched nine goals in 13 appearances since moving back to England from Juventus in August and has the potential to be the matchwinner every time he plays.

That makes his place in the team secure and he will lead the frontline once again next season.

Ronaldo’s contract at Old Trafford expires in 2023 and he will be hoping for one more productive campaign to show people that he is the best player to have ever played the beautiful game.