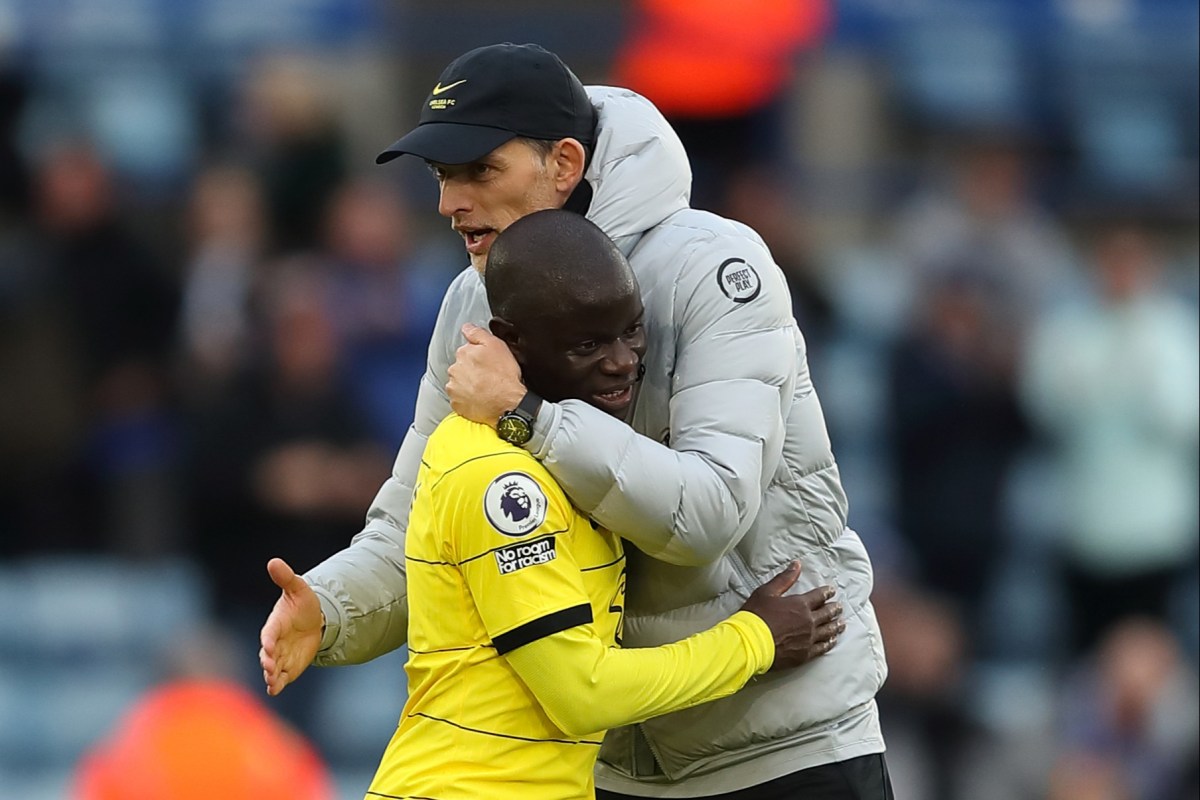 Thomas Tuchel summed up every Chelsea supporter when N’golo Kante netted a beauty in the Blues’ Premier League win over Leicester City.

The Frenchman strode forward from midfield and unleashed a stunning left footed strike as Tuchel’s men won 3-0 to extend their lead at the top of the table to six points.

Kante is not known for his raw goalscoring prowess, which is maybe why his stunning finish brought out a brilliant reaction from his manager.

On 228 previous occasions, Kante had only found the net 12 times, but as he made it goal number 13 he drew a brilliant reaction from his manager who stood stunned on the sidelines.

A driving run and a superb finish from the former Leicester man! 🔥🔥

As Tuchel looked on in disbelief, he joins the list of other managers who mustered a similar celebration.

Against Juventus whilst still at Real Madrid, Cristiano Ronaldo arguably scored one of the best goals in Champions League history.

Middle of the penalty area, the now-Man United forward rose incredibly to net a bicycle kick against the Italians with legendary goalkeeper Gianluigi Buffon in the net.

The goal was sensational, but Zidane’s reaction was even better and now – thanks to the internet and social media – it’s a iconic moment in modern football history.

The goal and the reaction was sublime but Sir Bobby Robson’s celebration was arguably even better.

During his time at Barcelona as manager, the Newcastle United legend could not believe what he had seen when Brazil icon Ronaldo took on an entire defence before slotting the ball into the back of the net.

It was a goal of pure poetry as the opposition could not do anything to stop the forward.

25 years ago today, Ronaldo Luís Nazário de Lima scored one of the greatest goals of all time.

A goal so good that Bobby Robson simply could not believe what he’d just seen.pic.twitter.com/PZAx5dHTR6

With all that said, Pep Guardiola may have arguably won the battle of the managerial celebrations.

Prior to becoming Man City’s manager the Spaniard was in the dugout as Bayern Munich boss.

Despite managing one of the best players of all time in Lionel Messi, the ex-Barca boss may argue that Robert Lewandowski’s achievement was better.

Five goals in nine minutes from the Polish striker produced this wonderful reaction from Guardiola in 2015.

Pep Guardiola’s reaction at the end! 🤣

The Bundesliga returns live to BT Sport from Saturday 16th May 📺 pic.twitter.com/vlwnfF3Y0k