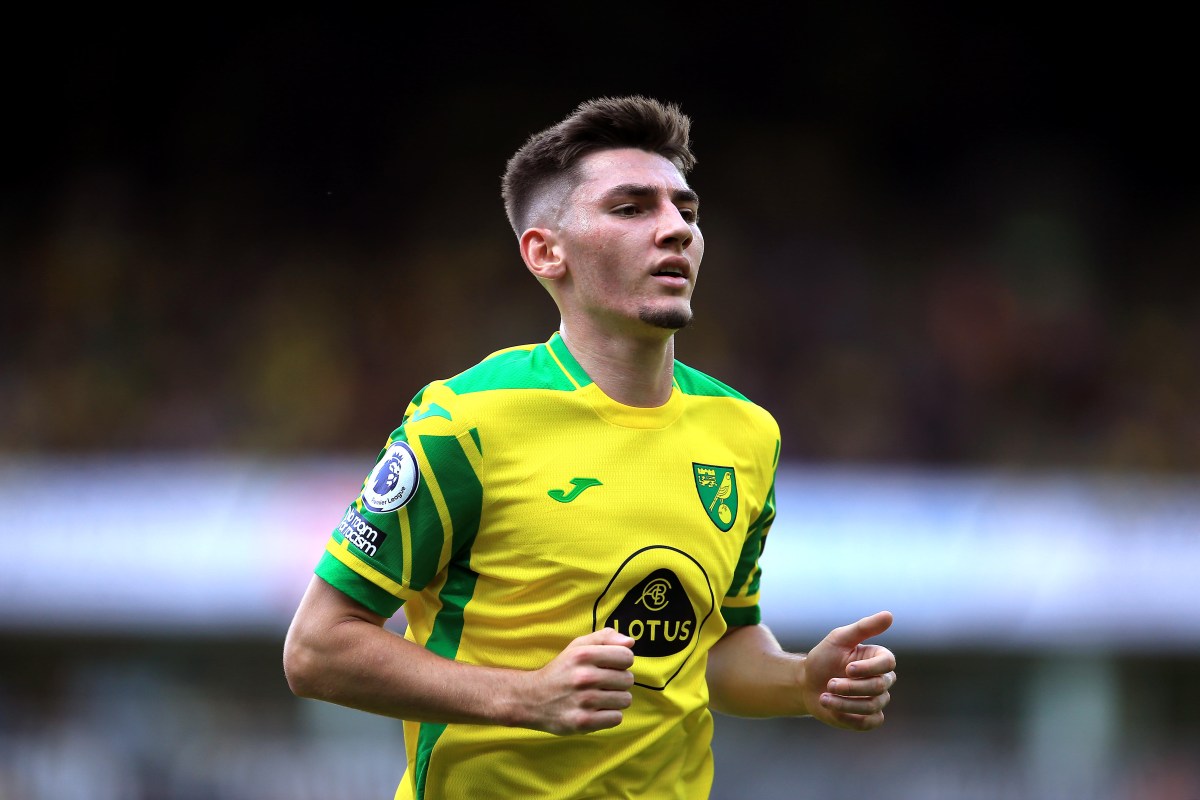 Chelsea will wait until January to decide Billy Gilmour’s future as he fails to get minutes with Premier League strugglers Norwich City.

In the meantime Blues boss Thomas Tuchel has told the starlet to ‘hang in there’.

Following a season of being used periodically under Thomas Tuchel last campaign, Gilmour was keen to have a chance to play first team football elsewhere to continue his development.

A loan move to newly-promoted Norwich seemed a great fit for Gilmour originally.

However, the Canaries have picked up just two points so far and suffered several heavy defeats, including losing 7-0 to Gilmour’s parent club.

And worst of all for the young Scot, current coach Daniel Farke has left him on the bench since September.

But despite the loan move currently not working quite as it was envisioned to work for all parties, Tuchel has explained that pulling Gilmour from his loan isn’t the priority right now.

He said: “We will take the decision in January when a decision has to be made and not now.

“The things were clear when we decided together that he is looking for more minutes and more game time at another club, the challenge was clear, that he needs to fight his way through and this is where he is right now.

“Things are not going as he maybe wishes for, or as we all wish for, but it’s not the moment now to give solutions and cancel the whole project.

“Sometimes these weeks and months arrive where the situation seems to be stuck or it seems to not go the right way, you have to hang in there”.

Callum Hudson-Odoi may well be the perfect reference point for Gilmour.

The attacking midfielder had struggled for minutes at Stamford Bridge and was linked with a summer transfer but is now playing a key role for the Blues.

Tuchel added: “He thought it might be tough to get minutes and that it might be easier in another club but you can never be too sure about this.

“We told him that we rely on him and that he should accept his role. He can make progress in this role and club”.