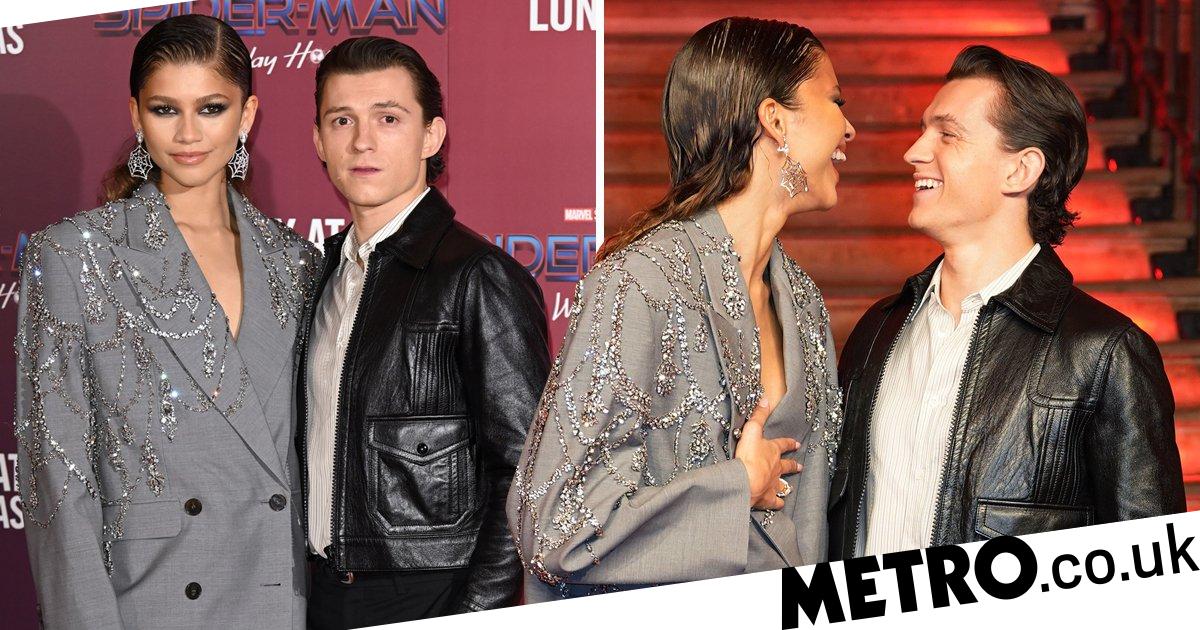 Celeb couple of the moment Zendaya and Tom Holland have addressed a relationship stereotype they’ve found themselves embroiled in, amid reports over their height difference.

The Spider-Man: No Way Home co-stars, who are both 25, appeared on SiriusXM Town Hall where they spoke about the film alongside some of the ‘ridiculous’ stereotypes couples are subjected to.

Tom, who is 5ft 8in, and Zendaya, who is 5ft 10in, spoke in-depth on the show about the gendered construct of height, both in real life and in the Marvel movie.

Host Jessica Shaw asked the couple about their visible height difference during their on-screen kiss in the film, before Tom chimed in, dismissing the notion that it should even be a thing.

‘Not that much taller. Let’s put this out there, he said. ‘Maybe like an inch or two at best. It’s not like people say, “How did you guys kiss? It must have been so difficult.”‘

The pair agreed such comments were inherently misogynistic and problematic, adding that it was a ‘stupid assumption’ that it would even be an issue.

‘I honestly never thought of it as a thing,’ she continued.  ‘Because my parents were always that way.

‘So I, I didn’t know that people cared until life, you know, but before that I had, no, I have no construct of it.’

Tom added that when he was doing screen tests for Spider-Man, almost all of the women that he worked with were taller.

‘I remember when we were doing the Spider-Man screen tests… every girl that we tested for both roles was taller than me,’ he recalled.

‘There was no one that tested that was shorter than I was. To be fair – I am quite short. But, uh, but yeah, so maybe that was a decision [director] Jon Watts made and something he was aware of and wanted to break the stereotype. I think it’s great.’

The couple recently made their first red carpet appearance as a couple when they attended football’s most prestigious awards ceremony, the Ballon d’Or, with the Euphoria actress wowing in a mesmerising Roberto Cavalli silk dress with elaborate back detail.

In a candid interview with GQ, Tom addressed whether he will speak more about their relationship, stating: ‘This isn’t my story. It’s our story. And we’ll talk about what it is when we’re ready to talk about it together.’


MORE : Tom Holland and Zendaya spotted on dinner date in New York City ahead of Spider-Man: No Way Home release