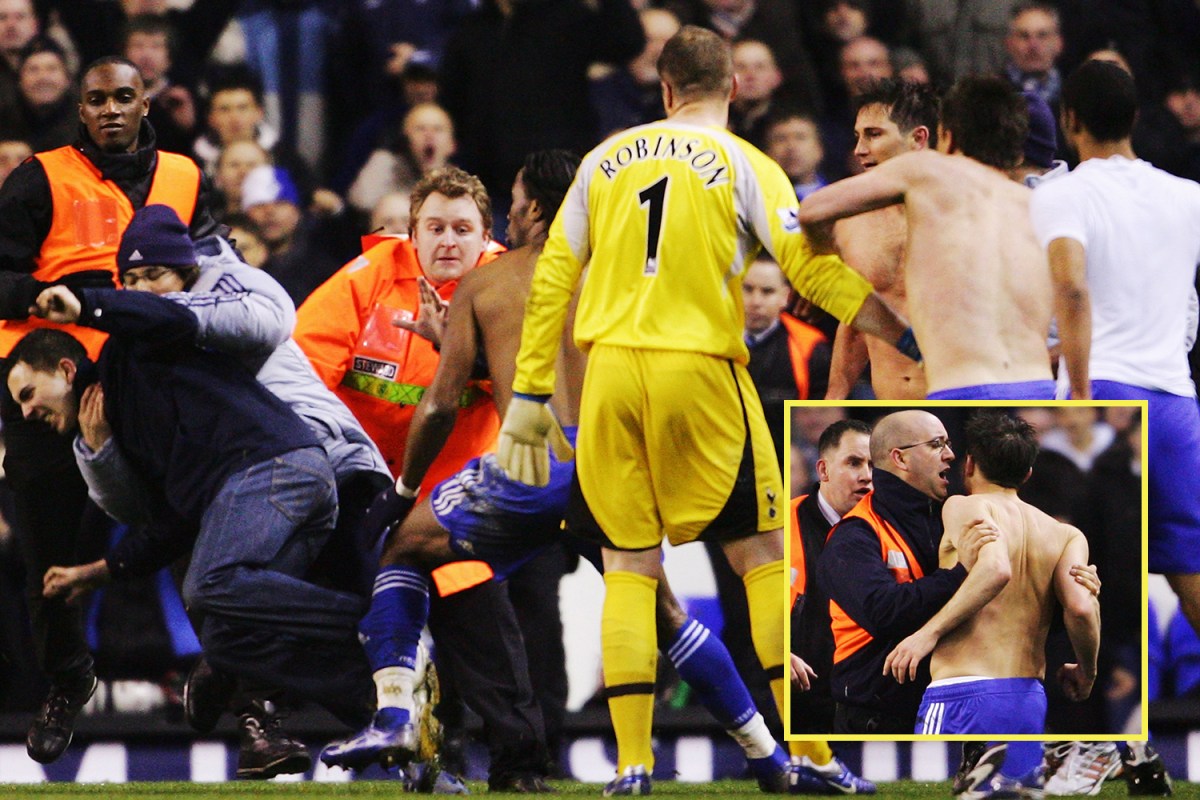 When it comes to fiery encounters between Chelsea and Tottenham, it’s difficult to look past the ‘Battle of the Bridge’ in 2016.

But White Hart Lane hosted its own war between the two arch rivals back in 2007.

As the London clubs continue their Carabao Cup semi-final battle at the Tottenham Hotspur Stadium, live on talkSPORT this Wednesday night, we take a look back at an infamous knockout clash that was memorable for all the wrong reasons.

But instead, it was something far more ugly and unsavoury, as the fierce rivalry between Chelsea and Spurs spilled over from the stands onto the pitch.

After edging a tense and hard-fought FA Cup quarter-final replay, the likes of Frank Lampard, Didier Drogba and John Terry celebrated bare-chested in front of rejoicing Chelsea fans at the Park Lane end of the ground.

Provocative? Perhaps. But that offered no excuse for what one Tottenham fan decided to do next.

Evading the stewards, he charged onto the pitch and made a beeline for Lampard, who caught the pitch invader out of the corner of his eye.

Luckily, Lampard read the supporter’s intention and manager to duck underneath a punch which was thrown at his chin, sparking chaos on the pitch.

Drogba and Terry raced onto the scene as Blues coach Rui Faria wrestled the fan to the ground and Lampard tried to retaliate, before stewards arrived to calm things down along with Chelsea boss Jose Mourinho.

A Chelsea fan also managed to invade the pitch and had to be dragged away by security.

Spurs quickly banned the supporter for life, although Lampard decided not to press criminal charges for assault.

As Leeds recently announced consequences for any parents who encourage their children to pitch invade, Tottenham vs Chelsea certainly serves as a timely reminder why.

In an era where the essence of cup competitions and rivalries are increasingly lost, the fixtures reminds us of the violence which so often underpinned these local derbies.