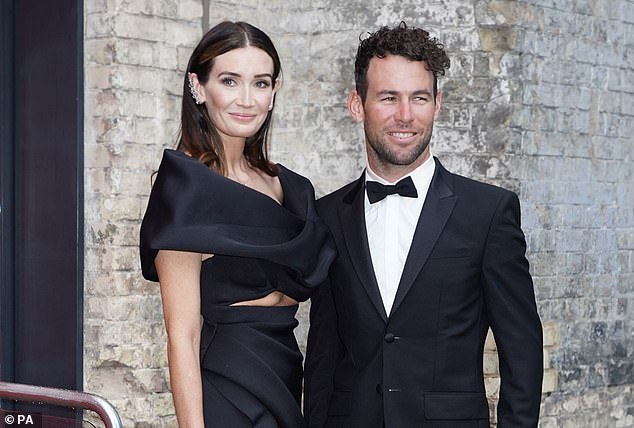 By Will Griffee For Mailonline

Tour de France hero Mark Cavendish and his family were victims of a horrific armed attack at their home.

The former Olympic cyclist was recovering from a gruesome crash that had left him with broken ribs and a collapsed lung when intruders broke in on November 27, assaulted him, threatened his wife Peta with a knife and terrified their three children.

Nobody was seriously injured but the family were incredibly shaken by the traumatic events that occurred last month and Cavendish has now detailed the ordeal.

He posted on Instagram: ‘In the early hours of November 27th, while recovering at our Essex family home after leaving intensive care, four masked and armed men forced their way into our family home while we slept, threatened my wife and children and violently attacked me. At knifepoint they proceeded to ransack our belongings.

‘Amongst what was taken were two watches of great sentiment and value, but far, far worse to be taken was the sense of security, safety, privacy and dignity that my young family and everyone else is entitled to in their own home.

‘The affect this has had on my family is already heartbreakingly evident, so I beg anybody that may be able to help us with information to call 111 quoting reference 42/275184/21.’

The criminals took a Luis Vuitton suitcase and two of the aforementioned high-value watches.

In another statement, Cavendish added: ‘As I’m sure you will understand, this incident has left our family extremely distressed – not just myself and Peta but our children as well, who feared for their lives and are now struggling with the after-effects.

‘No one should have to experience the sort of violence and threats made against us, let alone this happening in a family home – a place where everyone should feel safe.

‘The items taken are simply material goods and our priority at the moment is to make sure we all recover from the incident as a family, and we know this is likely to take some time.

‘We would like to place on record our thanks to Essex Police for a really quick response and the professionalism and the focus they are clearly putting into the investigation.’

CCTV images of the attackers have been released by the police who are investigating the crime.

Detective Inspector Tony Atkin said: ‘This was undoubtedly a targeted incident at the home of a celebrated British Olympian, who at the time was recovering from significant injuries resulting from a crash whilst competing, which was well publicised.

‘Our investigation is moving along at pace and we are following a number of lines of inquiry as we seek to catch those responsible.

‘Mr Cavendish and his wife were assaulted and threatened in their own home, in the presence of their young children, who witnessed these events. Thankfully, they are recovering, but the traumatic effect will be long standing.

‘Today, we are releasing images of the people captured on CCTV fleeing the scene and we would urge anyone who recognises them to get in contact with us immediately.’

Images of the watches stolen from Cavendish have also been released to the public.