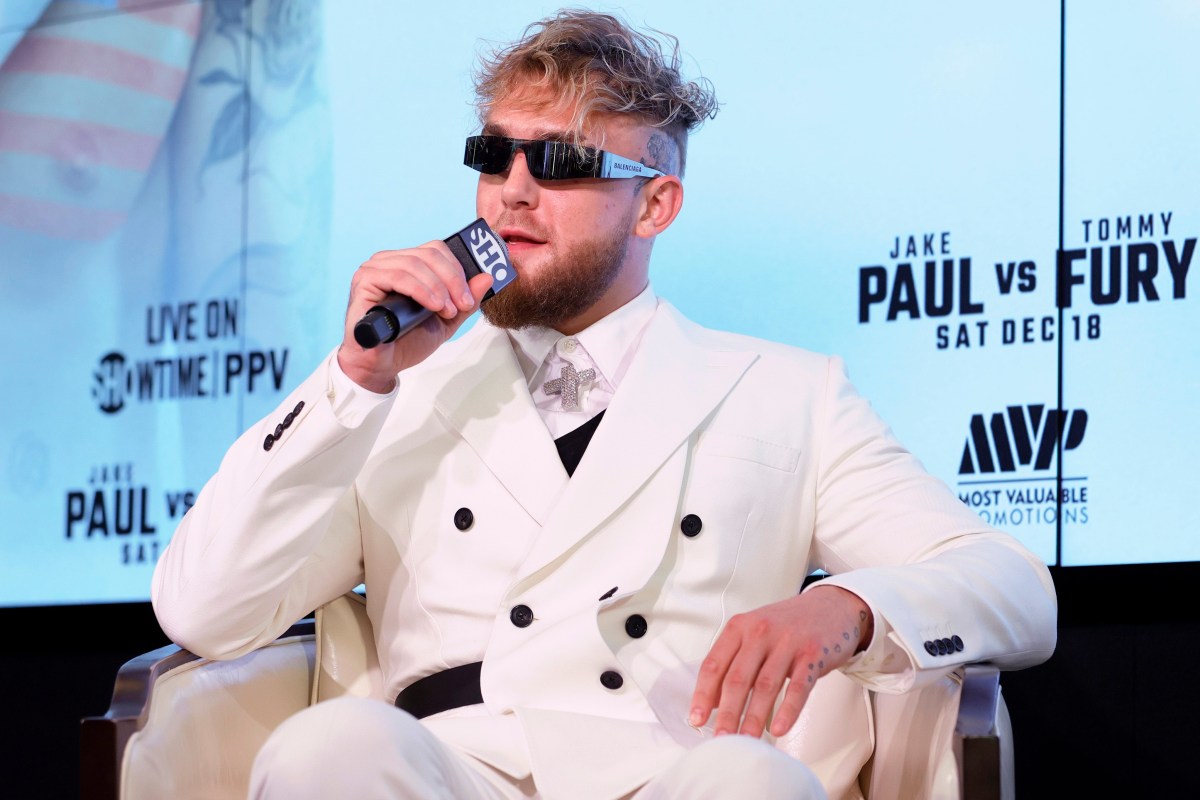 Tyron Woodley has claimed Jake Paul ‘gassed and ran’ during their fight and ‘wasn’t a man of his word’ after accepting a fight with Tommy Fury.

The former UFC champion was beaten by YouTube sensation Paul during their boxing bout back in August.

Although ‘The Chosen One’ had his moments in the fight, he failed to capitalise on a series of powerful punches that landed and the fight slipped away from him.

In the ring after the fight, Paul suggested he would grant a rematch to the 39-year-old if he promised to get an ‘I Love Jake Paul’ tattoo.

However, after reneging on these terms, the social media sensation is now set to fight Fury on December 18 and Woodley has a tattoo professing his love his rival on his middle finger.

Taking to Twitter, the former UFC welterweight watched back their face-to-face interview before the fight and claimed his predictions came true.

“Watched this for the 1st time,” he wrote. “Every single word here happened.

Despite Woodley remaining bitter and Paul attracting his fair share of critics for his stint in boxing, the 24-year-old believes he is a ‘breath of fresh air’ in the sport and the world’s best agree.

“I’m the best thing that’s happened to boxing in a century, period. The legends would agree. The Anthony Joshuas, the Mike Tysons, the Manny Pacquiaos, the Tyson Furys,” he told Bleacher Report.

“They have all said what I’m doing for boxing is a breath of fresh air. I think that debate started about a year ago – is Jake Paul good for boxing? I have silenced that, and I don’t think there’s anybody on the other side of the equation who thinks I’m bad for boxing.

“I have a foundation where we give boxing gloves to as many kids as possible. We’re going around, renovating boxing gyms, getting the young kids inspired to box. I think this sport needed that revival.”