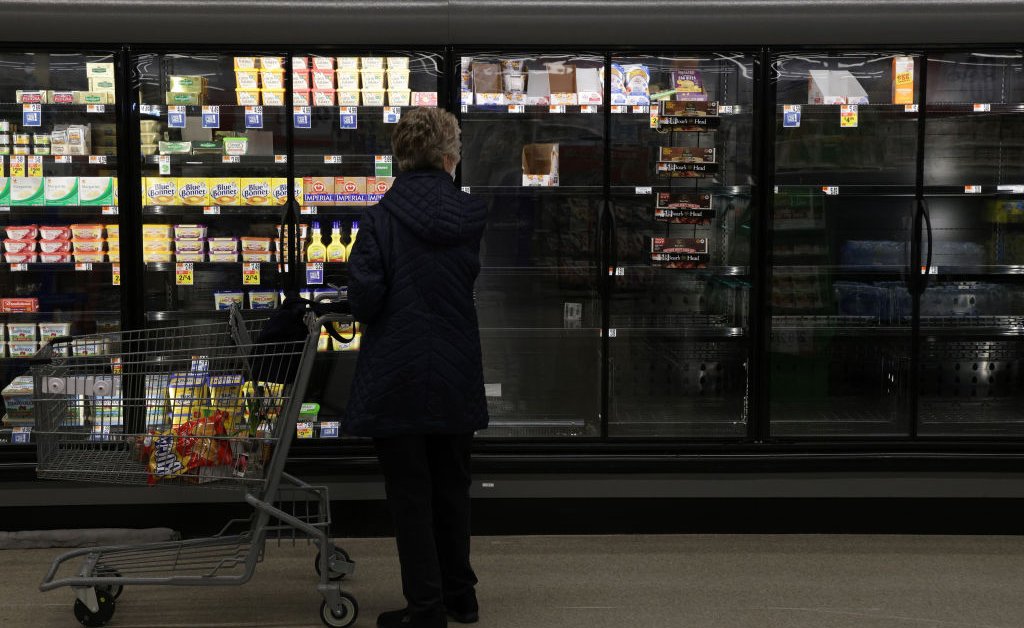 2021 was a bad year for grocery bills. Shoppers paid 6.4% more for groceries in November 2021 compared to November 2020, according to the consumer price index. All food prices were up a bit more than usual but the most dramatic price increases come from meat, pork cost 14% more than a year ago and beef cost 20% more. These increases are slowing, per consumer price data released January 12th, but show no signs of dropping to pre-pandemic levels anytime soon.

Food companies say rising prices are merely free markets at work—extreme weather and pandemic disruptions increased production costs and diminished the supply of food while demand increased in the U.S. and abroad as people started to emerge from the pandemic. But the Biden Administration and politicians such as Sen. Elizabeth Warren allege foul play. They argue that industry consolidation, especially in meat processing, helps a handful of corporations profit off inflation expectations by raising prices even further. In some respects, both sides are right.
[time-brightcove not-tgx=”true”]

Food companies do face legitimate increased costs and unique shortages, but these aren’t eating into their profits as economists might expect. In fact, the largest publicly traded companies have never had higher profit margins. Such record earnings suggest that food companies have sufficient market power to pass all their higher costs, and then some, onto consumers. Basic economic theory tells us that when a business charges too much, competitors will offer lower prices, take sales, and erode excessive profit. Sustained, exceptional corporate profits raise the question: how much are food companies really competing? And if corporate consolidation helps competitors raise prices together, what will it take to tame price gouging?

Food markets have been out of whack since the pandemic began. Meat prices first shot up as workers fell sick, plants shuttered, and as much as 40% of processing capacity went offline in spring 2020. Plants are back up and running but after some 86,000 meatpacking workers contracted COVID-19 and 423 died, according to a Congressional report, many meatpackers are struggling to fill openings and raising wages. Across the food supply chain workers are coming back from the pandemic and rejecting excessive hours, unsafe working conditions, and stagnant wages that haven’t kept up with productivity growth for over 40 years. For instance, in 1982 the base pay for meatpacking workers in the United Food and Commercial Workers (UFCW) union was $10.69 or $29.14 adjusted for inflation. In May 2020 the average hourly wage across the industry was $15.

While food companies focus on growing labor costs as the main source of their woes there are a bevy of other factors driving shortages and new expenses. Cattle and hog herds shrunk a bit last year in hard times. Wheat, corn, and other grain prices are at their highest since 2012 due to drought and high demand from China, raising key food input costs. Other crop prices such as sugar, tomatoes, and melons are also up due to extreme weather events. Even food packaging shortages persist after a cold snap shut down Texas plastic refineries. Throw in gnarled ports and shipping delays and companies are paying more to get food on grocery shelves. All the while demand remains high as restaurants reopen, Americans buy more food than pre-pandemic, and other countries import more U.S. beef and eggs.

Companies say that’s the whole story. But there’s evidence that monopolistic market structures are making things worse. Food production has consolidated dramatically since the 1970’s after changes in antitrust policy allowed more companies to buy up their competitors. Depending on who you ask, antitrust practitioners say markets are “oligopolistic” or dangerously concentrated when the top four firms control 40% to 50% of the market, or more. Higher levels of concentration give businesses more power to set prices and increase the likelihood of price-fixing or market manipulation. Today, the top four corporations control more than 60% of the U.S. market for pork, coffee, cookies, beer, and bread. In beef processing, baby food, pasta, and soda the top four companies control more than 80% of the U.S. market.

With tight control over production food companies have more power to exploit pandemic disruptions and unfairly raise prices. The White House recently argued as much in a brief published in December and a January roundtable with farmers and ranchers. Monopolistic price gouging is admittedly hard to prove, but the Federal Trade Commission is on the case. In late November the antitrust enforcer requested that Walmart, Kroger, Kraft, and Tyson, among others, hand over information in an investigation into price hikes and food shortages.

There is one clear indicator of excessive monopoly power: record corporate profits. If rising food costs only reflected higher production costs, economists wouldn’t expect net profits to rise, yet they are at historic levels. Non-finance corporations are reporting their largest profit margins in 60 years. For some 100 of the largest publicly traded companies these profit margins are 50% higher than in 2019. Net profit margins for top meat companies Tyson Foods, JBS, Marfrig, and Seaboard are up over 300%, according to the White House. Tyson earned $1.36 billion in the 2021 fourth quarter, more than twice as much as last year. McDonald’s, Coca Cola, and Kraft Heinz also reported better than expected fourth quarter profits.

With all the media hype about inflation, companies may take advantage of shoppers’ inflation expectations to charge a little extra and pad their pockets. Analysis of corporate earnings calls by Business Insider and More Perfect Union reveal that food corporations such as Pepsi, Kroger, and Kellogg’s are bragging to investors about their ability to increase prices. Tyson told their investors that their “pricing actions … more than offset the higher [cost of goods].” Even Jerome Powell, chairman of the Federal Reserve, acknowledged at a Senate Banking Committee hearing Tuesday, Jan. 11, that companies are “raising prices because they can.”

Consolidation makes it easier for companies to raise prices in tandem. When only a handful of companies can see that all their competitors are charging more and making record profits there’s little pressure to aggressively compete. Economists who question this theory argue that food sectors have been concentrated for decades without ever raising prices like this. But economist Hal Singer, managing director of Econ One, notes that colluding businesses usually need some cover, such as generalized inflation, to get away with more jarring price hikes.

Further, even before the pandemic food businesses have been charged with conspiring to raise prices in more subtle ways. Since 2016 private plaintiffs have accused meat companies of fixing prices by allegedly coordinating supply cuts in every major meat industry. One case estimated that this conspiracy allegedly cost the average family of four an additional $330 on chicken per year. In the last two years the Justice Department has sent canned tuna executives to prison for price fixing and indicted ten chicken processing executives in an ongoing investigation into industry big-rigging. Corporations such as Tyson and JBS have paid tens of millions to settle private and federal cases.

So if corporate power has a role to play in making recent inflation worse, can antitrust action stop it? That depends.

In early January the Biden administration rolled out a plan to boost meatpacking competition by investing in new plants, but even if new competitors managed to get off the ground (a big if) it would take years before they made a dent into current pricing dynamics. In the near-term antitrust enforcers could investigate companies for price fixing conspiracies, which might make executives think twice about further price hikes. Indeed, some policy wonks are arguing that, much like President John F. Kennedy’s public attacks on steel companies, President Biden’s pressure on meatpackers contributed to a 2% and 0.8% decrease in beef and pork prices in December, respectively. In this sense fear of antitrust enforcement and the bully pulpit against corporate profiteering could dissuade price hikes.

However, this does not change the concentrated market structures that facilitate both explicit or more tacit collusion in the first place. Antitrust enforcers need to bring back merger standards that deem market concentration presumptively harmful past a certain point (say, the four largest firms controlling 40% of the market). Enforcers should also consider unwinding key mergers or breaking up particularly concentrated industries, such as meatpacking. Finally, both the Federal Trade Commission and the U.S. Department of Agriculture should issue stronger fair competition rules to level the playing field going forward. Not only would these actions challenge food corporation’s market power but restructuring industries could help deconcentrate key choke points and make supply chains more resilient overall.

A long-term food supply chain resiliency plan should also look beyond just antitrust to reign in corporate recklessness. If the pandemic taught us anything it’s that the food supply is only as secure as its workers are. For all the talk of a labor shortage, food worker surveys suggest the real issue is a shortage of living wages and dignified conditions. And while many food companies announced plans to expand processing capacity this year, these announcements come after years of cutting capacity to please Wall Street. Congress and the Biden administration need to consider regulations that make corporations put workers’ well-being and resiliency above short-term profiteering for investors, such as passing the PRO Act to strengthen unions and give workers a greater say in business decision-making.