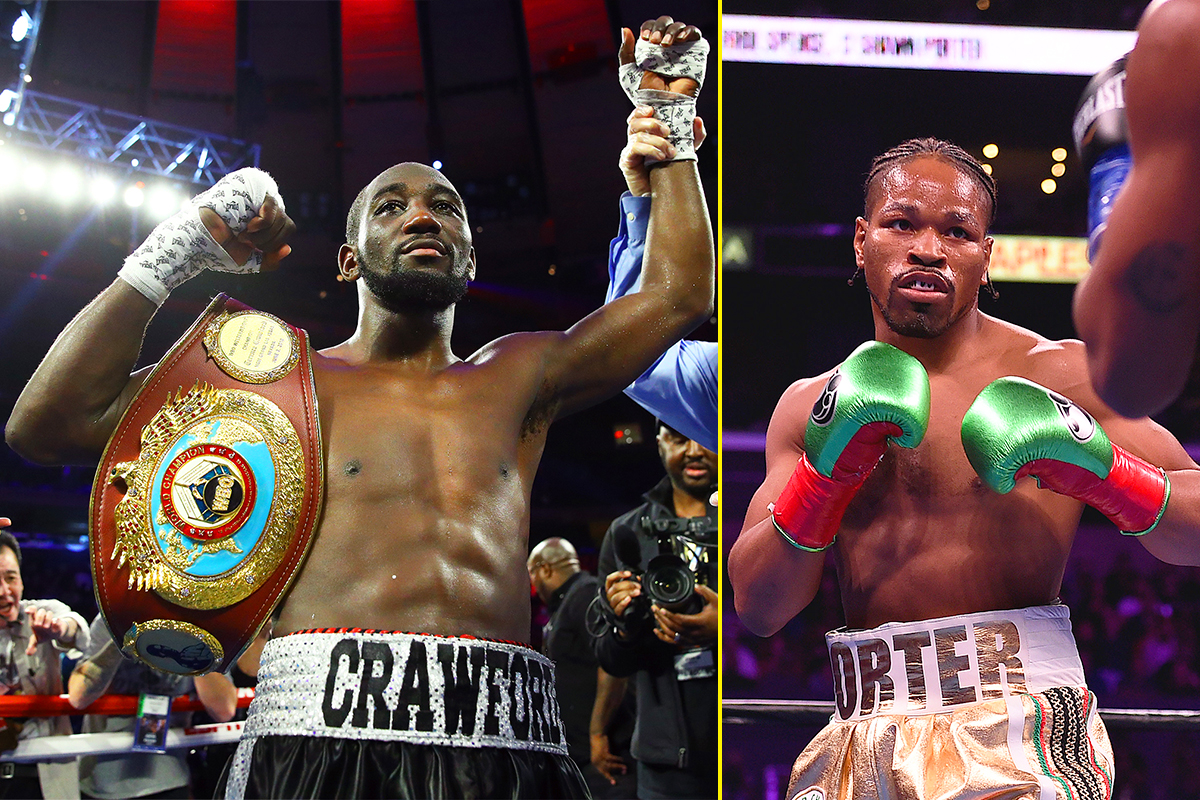 Terence Crawford will face Shawn Porter in a highly-anticipated defence of his WBO welterweight world title this weekend.

Following his knockout of Kell Brook last year, it’s been unclear what fight would come next for the three-weight world champion.

Crawford is widely regarded as one of the top three pound-for-pound fighters in the entire sport today.

However, ‘Bud’ has faced criticism that he is yet to face a fellow world class fighter in their prime who comes close to his level.

Crawford, 37-0, has had to settle for facing lesser-known opposition in recent years and so been unable to generate big PPV numbers.

The WBO have now thrown him a lifeline by ordering a bout with Porter.

‘Showtime’, 31-3-1, has never been stopped with his three defeats all coming by way of decision in world title fights to Brook, Errol Spence Jr and Keith Thurman.

“This is a fight that reminds me of all the great welterweight battles of the 1980s and 90s, two prime fighters unafraid to tackle the biggest challenge available to them,” said Top Rank chairman Bob Arum.

“Terence has wanted a challenge like this for a very long time, and I am confident he will rise to the occasion. Shawn Porter, however, is not an easy night for any fighter.”

Crawford vs Porter: Date and time

This 12-round welterweight title fight will take place on Saturday, November 20.

It is being held at the Mandalay Bay Resort and Casino in Las Vegas, Nevada with Crawford putting his WBO belt on the line.

UK fans can expect the main event to get under way at around 4am on Sunday morning.

The fight will be shown live on Sky Sports Main Event and Sky Sports Arena from 2am.

Crawford vs Porter: What has been said?

Crawford: “I’ve been calling out the top welterweights since I moved up to 147 in 2018, and I’m excited that Shawn stepped up.

“This fight will bring out the best in me and showcase parts of my game that the world hasn’t seen yet.

“On November 20, I will silence my doubters and prove that I am the best welterweight in the world.”

Porter: “I’ve wanted this fight for a long time and now my patience has paid off. Throughout my career, I’ve taken on the best and proven myself as a man who gives 100 percent in everything I do.

“Terence Crawford is a great, versatile fighter who is very athletic just like myself. We are the two best welterweights in the world, and on November 20, we get a chance to prove who is the best.

“Fight fans can expect a great show that night and, with this victory, I will cement myself as the best welterweight of this era.”