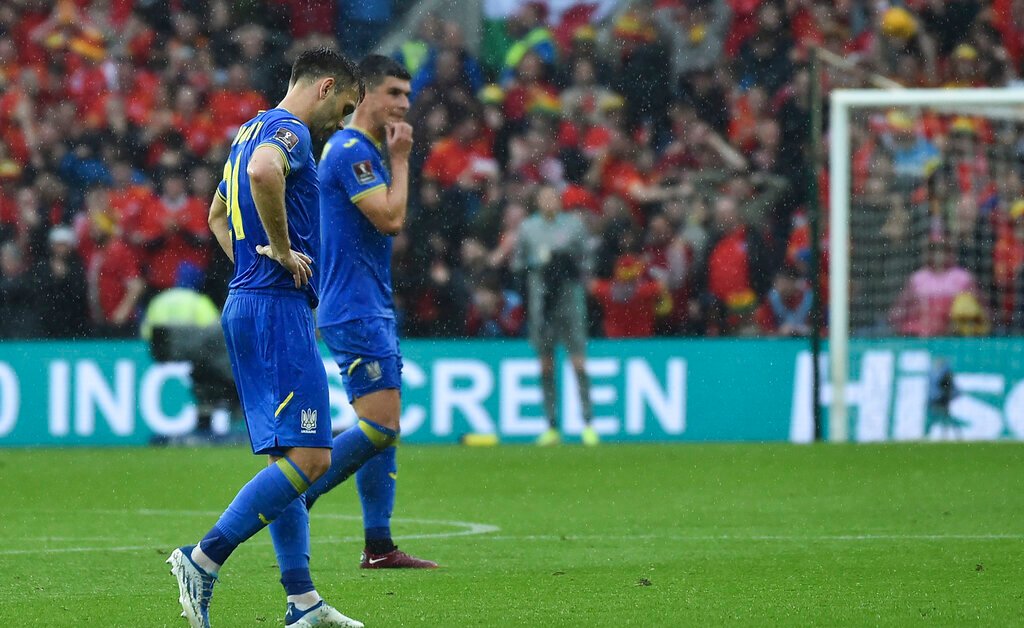 CARDIFF, Wales — Ukraine missed out on qualifying for the World Cup on Sunday after the war-disrupted team was beaten 1-0 by Wales in the European playoff final for the FIFA soccer showpiece.

While Wales heads to a first World Cup in 64 years — opening against the United States in November — this was an agonizing end to Ukraine’s emotionally charged mission to qualify for Qatar while remaining under invasion by Russia.

The right leg of Wales goalkeeper Wayne Hennessey kept out Viktor Tsyhankov’s poked shot 10 minutes into the second half as Ukraine searched in vain for an equalizer. Artem Dovbyk’s header in the 84th minute looked destined for the corner of the net until it was pushed away by Hennessey’s left hand.

Back home, on the 102nd day of the war, Ukrainians took respite from the pain and suffering by watching the game from Cardiff in bars, including in the capital Kyiv which had been hit by Russian airstrikes earlier in the day.

The specter of the war was evident in the Welsh capital with a message of peace in English and Ukrainian on the screens in the Cardiff City Stadium. Rivalries were put aside when the Ukrainian national anthem was played and it was applauded by the home fans.

Of the 1,800-seat allocation for Ukraine, 100 free tickets were given to refugees who have been forced to flee Ukraine since the invasion began in February, which led to Russia being disqualified from World Cup qualifying.

There were protests by the Russian Football Union on Sunday against the jersey being worn in Wales because Ukraine featured Crimea — which Russia annexed in 2014 — as being part of its map.