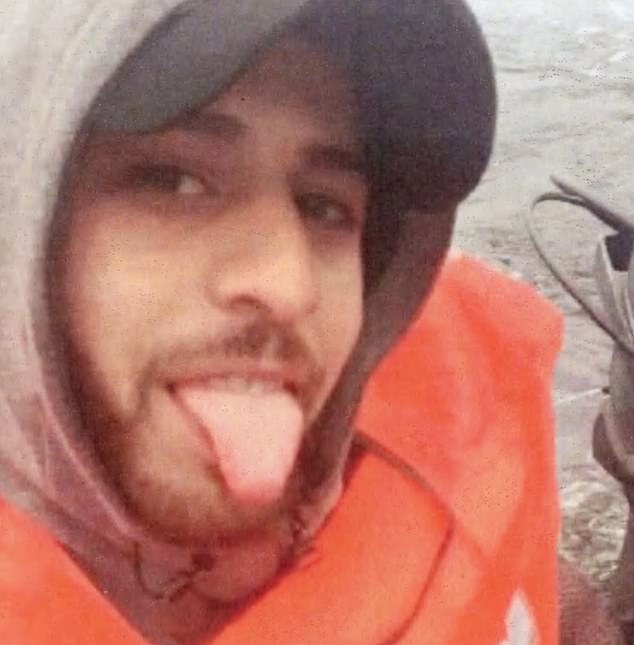 Unmasked: The trio of human traffickers who made £1m from Channel migrant crossings

By James Franey In Lille France For The Daily Mail

Three traffickers who raked in more than £1million by sending hundreds of migrants across the Channel into Britain can be unmasked today.

At the court in the port of Boulogne-sur-Mer, northern France, prosecutor Adeline Depardon told the smugglers: ‘What stands out here is your disregard for other people’s lives, that human beings are a commodity.’

Fiate will spend four years behind bars as the major player in the six-week operation. A senior French judicial source said the 22-year-old’s behaviour bore the hallmarks of someone high up in the trafficking network.

Shorsh was jailed for two years and Haldin was sentenced to 12 months. The prosecution had demanded far harsher sentences of up to seven years.

All three helped hundreds of migrants sneak into Britain illegally between June 27 and August 9.

They charged between €2,000 [£1,700] and €3,000 [£2,500] per person, netting more than £1million, police said. But the money has been passed higher up the chain and has not been recovered. Police arrested the men in the early hours of August 10 in Calais after stopping their car for a routine identity check.

According to a report seen by the Mail, officers searched the car and found 16 soaking wet inflatable buoys and a notebook with the names of hundreds of migrants with a sum assigned to them. Some were even marked ‘baby’. Court records show their most successful crossing took place on July 19, when they piled 83 passengers onto a dinghy.

Fiate wiped away tears throughout his cross-examination as Mrs Depardon told him: ‘At no moment did you think about the migrants who could have died at sea, but only about yourself.’

‘I did it to pay for my crossing,’ he claimed. ‘I am not a smuggler. I obey the traffickers because they frighten me.’

Defence lawyer Kamel Abbas said his client fled the bloodshed in Syria in 2019, travelling through 12 countries before arriving in France in January 2021.

Shorsh claimed he wanted to raise money for his sick father back in his hometown of Kirkuk, northern Iraq. ‘I am a mechanic,’ he said as he sobbed in the dock. ‘I only repaired three engines.’

All three men pleaded innocence and ignorance throughout the investigation and the final court hearing. They said they worked for a mysterious smuggling kingpin, named only as Souca, whose whereabouts remain unknown.

But the Mail has seen the confidential police documents put before the court last week that seriously undermined their claims of being small-time cronies.

They used smartphones to recruit clients, and police unearthed their phone records, using their own GPS tracking data to prove numerous trips from Paris to the coast

They used smartphones to recruit clients, and police unearthed their phone records, using their own GPS tracking data to prove numerous trips from Paris to the coast.

Fiate’s iPhone was also full of names and photos of migrants, as well as details of prices paid and pictures of passports.

Officials managed to match 327 people with data from the UK Border Force to those who successfully reached Britain, with another 200 suspected of having crossed.

Police records also describe one recording that shows Fiate thumbing a pile of €200 banknotes on a table covered by luxury watches.