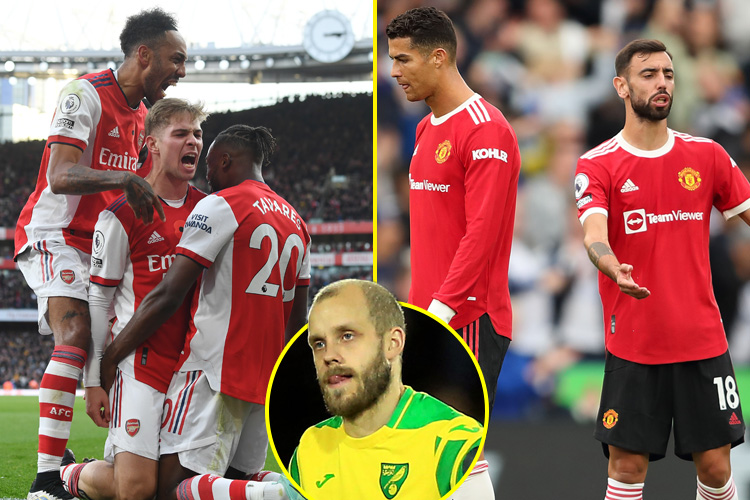 Manchester City are once again sitting on top of the Premier League table at Christmas following another dominant start to the campaign.

Pep Guardiola’s side won their seventh league title in May but looked like there could be difficulty defending their crown after their failure to sign a striker.

City opened up the new campaign with a 1-0 defeat to Tottenham but have since won 14 of the following 17 games to go three points clear at the top.

And that is the club’s reward for an outstanding year in which the Etihad outfit have accumulated more Premier League points in 2021 than anyone else.

City are 25 points ahead of their nearest challenges Chelsea, having won the most games (34), scored the most goals (106) and conceded the least (29).

However, the reigning champions have also played the most matches in 2021 with 42 – four more than the likes of Tottenham and Leicester.

Arsenal surprisingly are among the form teams of the year despite finishing last season down in eighth without European football.

Mikel Arteta’s Gunners started the current campaign with three defeats as well but are just four points behind Liverpool after the same amount of games in 2021.

Arsenal are also ahead of Manchester United for the year though the Red Devils do have a game in hand to overhaul the Gunners before January.

Relegated Sheffield United, West Brom and Fulham are all ahead of Norwich – who are bottom of the current Premier League table.

The Canaries have amassed the least amount of top-flight points this year with just two wins and four draws leaving them on 10 points.

Norwich have played less games than the other teams around them but can’t drag themselves off the bottom with just one Premier League match left.

Which team has won the most Premier League points in 2021?