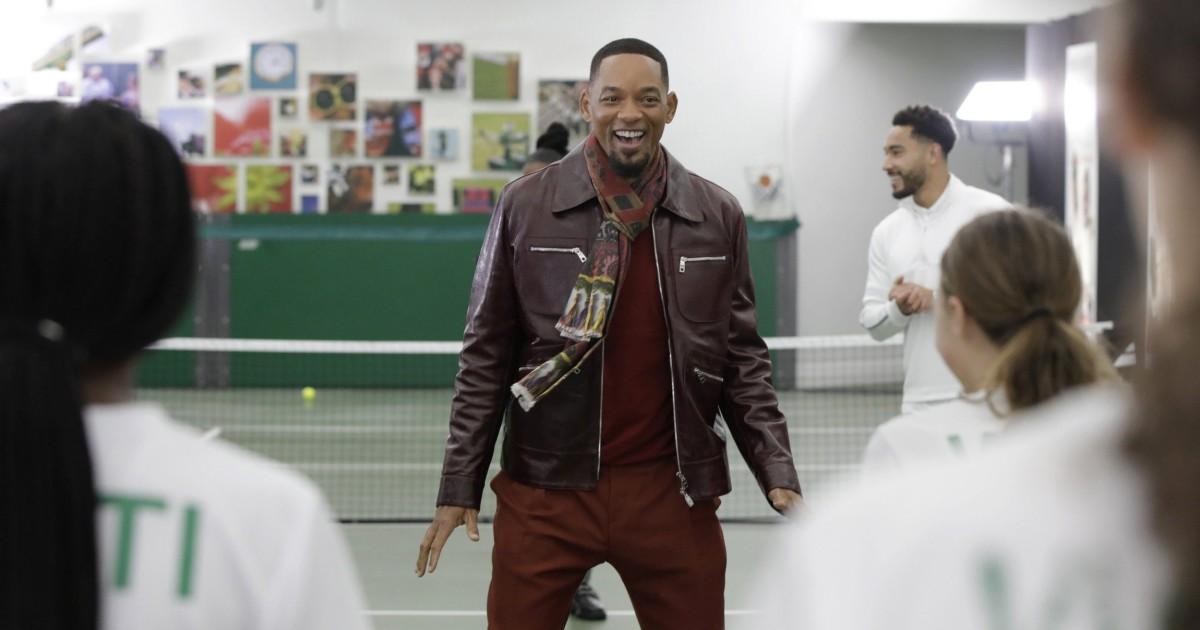 Not everyone is lucky enough to be surprised by ‘king of cool’ Will Smith, but a few aspiring tennis players in Wimbledon were astounded to see him walk in as they trained.

The 53-year-old Hollywood star, along with co-stars Demi Singleton and Saniyya Sidney rocked up to the sporting venue to visit the Wimbledon Junior Tennis Initiative players during a rehearsal session on Wednesday.

They were seen meeting the youngsters who wore their tennis whites, with the former fresh prince even taking part in a game.

Will’s unexpected visit comes ahead of the release of his upcoming biographical drama, King Richard, which follows Richard Williams as he sets his sights on writing his two daughters, Venus and Serena into making tennis history.

Oscar-nominated megastar Will recently discussed how he feels he was at the right moment in his life to take on the role.

‘I’m a better actor than I’ve ever been because I’m exploring my life and my experiences honestly,’ he said.

‘It was such an amazing exploration to see how, because that’s really what we all want to do, how can you go from the financial bottom of society to global fame and success, so it’s a journey that we’re all trying to make in one way or the other.’

The Williams family were heavily involved in the production, where Serena and Venus’ sister Isha Price served as one of the executive producers.

King Richard will be in cinemas on November 19.


MORE : Will Smith all smiles as he heads out in London amid Jada Pinkett Smith marriage speculation