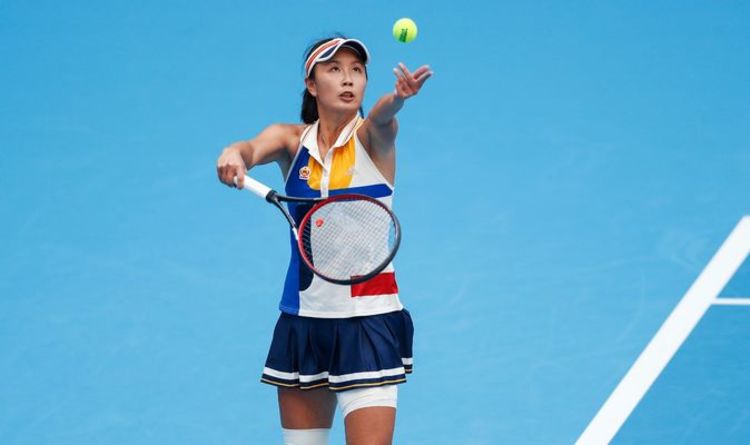 The WTA CEO and Chairman has issued a new statement regarding ‘missing’ former doubles No 1 Peng Shuai, after Chinese state media released a ‘statement’ the tennis player allegedly sent the WTA boss earlier on Wednesday (November 17). Peng recently accused the former vice premier of China of sexual assault, and has reportedly been ‘missing’ ever since.

Peng Shuai took to Weibo – the Chinese equivalent of Facebook – on November 2, sharing a lengthy post detailing allegations of sexual assault at the hands of Zhang Gaoli, the former vice premier of China, who is 40 years her senior.

Having also described an on-and-off consensual relationship with the also-75-year-old, the two-time doubles Major champion’s account is believed to be the first made against a high-ranking member of China’s Communist Party, as Zhang served on the party’s Politburo Standing Committee – China’s top ruling council – between 2012 and 2017.

Her post was removed shortly after, with a temporary block on words including her name and ‘tennis’ (‘wangqiu’).

Zhang has not responded to the claims, while a spokesperson for Beijing’s foreign ministry denied all knowledge of the allegations when asked about the subject, saying: “I have not heard of it and it is not a diplomatic question.”

Around a week after the 34-year-old made the post, reports emerged claiming she had ‘vanished’ and was ‘missing’, as the Chinese tennis star had not been heard from since sharing her story.

Tennis players, including Novak Djokovic and Naomi Osaka, have come out to share their “shock” at the situation and call for the safety of Peng.

The WTA CEO and Chairman, Steve Simon, also released a statement on Sunday (November 14), seeking a “full, fair and transparent investigation into sexual assault allegations against former Chinese leader and also calls for end of censorship against Peng Shuai.”

That same day, Simon told the New York Times that “sources” told him the former singles No 14 was “fine and doing ok”, though nobody from the WTA that had reached out to Peng was able to reach her “directly”.

‘We’ve had all of our contacts and all of our team on the tour that has had contact and relationships with her through the years reaching out,” he said.

“All the sources are that she’s fine and doing okay, and isn’t under any threat, but we have not been able to speak with her directly to this date. And I’m not aware of anybody that has at this point and time.”

The WTA boss has now released a new statement, after a Chinese state-affiliated media platform shared a statement allegedly sent by Peng to Steve Simon via email on Wednesday (November 17).

Simon said the statement only “raised concerns” and admitted he did not believe it was Peng who wrote the email.

“The statement released today by Chinese state media concerning Peng Shuai only raises my concerns as to her safety and whereabouts,” he said.

“I have a hard time believing that Peng Shuai actually wrote the email we received or believes what is being attributed to her. Peng Shuai displayed incredible courage in describing an allegation of sexual assault against a former top official in the Chinese government. The WTA and the rest of the world need independent and verifiable proof that she is safe. I have repeatedly tried to reach her via numerous forms of communication, to no avail.

“Peng Shuai must be allowed to speak freely, without coercion or intimidation from any source. Her allegation of sexual assault must be respected, investigated with full transparency and without censorship.

“The voices of women need to be heard and respected, not censored nor dictated to.”

They attached a written statement allegedly written by the Wimbledon and French Open champion, which reads: “Hello everyone this is Peng Shuai.

“Regarding the recent news released on the official website of the WTA, the content has not been confirmed or verified by myself and it was released without my consent. The news in that release, including the allegation of sexual assault, is not true. I’m not missing, nor am I unsafe. I’ve just been resting at home and everything is fine. Thank you again for caring about me.

“If the WTA publishes any more news about me, please verify it with me, and release it with my consent. As a professional tennis player, I thank you all for your companionship and consideration. I hope to promote Chinese tennis with you all if I have the chance in the future. I hope Chinese tennis will become better and better.

“Once again, thank you for your consideration.”

After the ‘statement’ was released, there were growing concerns on social media that it was not Peng who had written the email, and the worries have been reiterated by the WTA CEO.

According to Twitter, state-affiliated media accounts are defined as: “Outlets where the state exercises control over editorial content through financial resources, direct or indirect political pressures, and/or control over production and distribution. Accounts belonging to state-affiliated media entities, their editors-in-chief, and/or their senior staff may be labelled.”