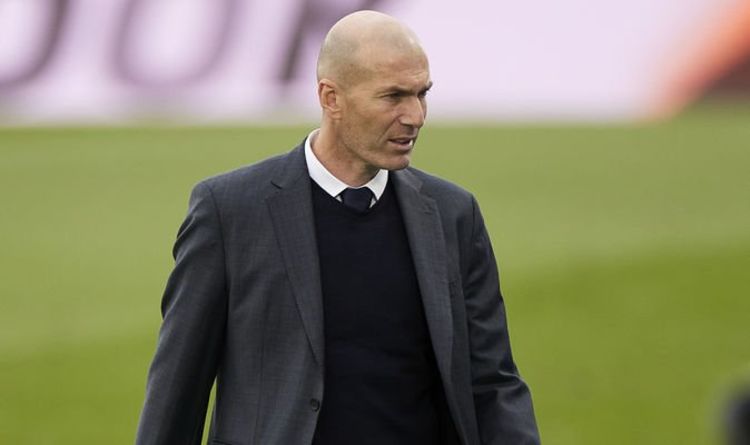 Two years ago, the prospect of a marriage between Zinedine Zidane and Manchester United appeared unlikely to the point of fanciful. A club set on a much-vaunted “cultural reboot” nurturing the likes of Scott McTominay, Brandon Williams and Daniel James needed someone who spoke the language for starters. It needed someone with an unbreakable connection to the history of the club and as importantly to the fans.

Ole Gunnar Solskjaer, a legend in red, ticked pretty much all those boxes.

Two years on much has changed as the under-fire Solskjaer and a board looking nervously at the Premier League table would no doubt agree.

Two years on it is now easy to argue that Zidane has become the perfect fit for a club who have in fact quietly abandoned cultural reboot to pursue the Galacticos model.

“It is about playing attacking football with players that have the X-Factor and about giving youth a chance,” he said.

Yet looking at the second most expensive squad ever assembled in terms of transfer fees – one containing Cristiano Ronaldo, Paul Pogba, Edinson Cavani and Raphael Varane – it has become more about X Factor and less about youth.

It is no wonder that Solskjaer might feel the goalposts have shifted from when coaching Mason Greenwood finishing practice to telling that lot what to do.

It is Zidane who now ticks most of the boxes.

In his two-spell managerial career spread over five and a bit seasons in Madrid, the former World Cup winner excelled in just that scenario.

United will look at the three consecutive Champions League trophies and two La Liga titles achieved under the 49-year-old and wonder whether he could now work the same magic for them.

The negatives are that he leaves the coaching to others, that he does not speak English fluently.

There is also the suspicion that he might prefer to coach PSG or France should either post become available this summer or next winter after the World Cup.

On a personal level his wife, Veronique, is thought to be less than enthusiastic about the prospect of winters in the north west of England.

Some of those might ring the odd alarm bell for a United board desperate to make the right move should they need to act on Solskjaer’s future in the near future.

On the plus side, he is out of contract meaning no expensive buy-out and with the players already at his disposal United would hope he would not need too much in terms of transfer spend.

United’s board would also have to accept that they have shifted their sights since appointing Solskjaer in December 2018 and that winning is now the overriding imperative.

Because Zidane might not be much interested in continuing the cultural reboot or nurturing the next generation of talent to go out on loan or nudge at the first-team fringes.

What he could do is probably bend their current headstrong and experienced dressing room to his will – something that it looking increasingly difficult for Solskjaer.